CW 273: The Decline of the Eurozone with Alasdair MacLeod of GoldMoney.com 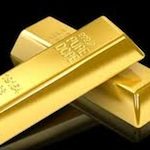 Jason Hartman is joined by contributing author for GoldMoney.com, Alasdair MacLeod for a rousing discussion of the decline of the European economy, the mistakes of the European Central Bank and EU, and how “governments are eating their own children.”

Alasdair makes a rather accurate comparison between the fall of Rome and the current economic disaster around the world, calling it the Nero influence. Governments continue to spend money and introduce new taxes that are detrimental to the people they serve. The ECB is now lowering collateral standards as they run out of quality collateral, such as taking on mortgage-backed securities, in exchange for helping banks and governments.

Alasdair said the real problem among Greece, Spain, Italy and other countries in crisis is that they are broke, yet they continue to meet to discuss increasing spending to build infrastructure and creating token taxes. Governments the world round are in a debt trap, including the U.S. Alasdair feels there is only one way to defer the imminent fall and that is for the Central Banks to come together and put into play quantitative easing.

Governments would then need to seriously cut their excessive, wasteful spending.

Episode: CW 273: The Decline of the Eurozone with Alasdair MacLeod of GoldMoney.com