CW 256: Freeing Funds From Retirement Plans For More Productive Use with Bryan Calderon 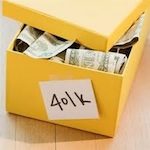 Jason Hartman interviews returning guest, Bryan Calderon, Director of Business Development with Accuplan Benefits Services, for a timely discussion on breaking out of 401k jail and putting your retirement money to better use. Bryan explains the differences between the various retirement plans, such as IRAs and 401ks, and though a 401k is a great way to save money, there are some pitfalls as well. Some of those traps have been scams, employers stealing funds from employees and the concerns over business failures. Jason reminds listeners of why it’s so important to be in control of your money.

Bryan says there are less than 2 percent of plans that are self-directed. That’s a scary figure with all of the current economic uncertainty. Bryan talks about how people are concerned enough about the funds in their retirement plans that some still employed ask for early termination in order to get control of their money by putting it into a self-directed IRA or solo 401K. One of the best methods of control is investing in prudent real estate. Jason includes a recorded audio explanation of the manipulation by fund managers and how to break free from the 401k jail by becoming a real estate investor.

Bryan shares options for getting out of their current plans, and he also explains how a solo 401k works for the self-employed. Unlike a sponsored plan, a solo 401k or self-directed IRA can be directed into real estate, promissory notes, trustees, etc. Bryan says that there is about $20 trillion in retirement plans across the nation, with only $4 trillion of it self-directed, and the Social Security sector funds are about $5 trillion. Bryan wraps up with some valuable advice on getting your funds freed up.