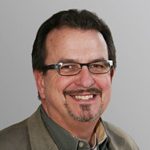 Ken describes Generation Y as an exciting generation, where the United States is the only country with this large of a group at the present time, and that it is very important that businesses recognize and anticipate their markets as Generation Y grows up. Generation X is more of a mystery generation because of its smaller size, which makes it less of a valuable market.  Ken believes that the United States’ best days are ahead as people bail out of the European Union. He also believes that China’s economic future is bleak due to artificial tampering with the population, with demographic numbers showing China in trouble economically within ten years, struggling to feed themselves within 15 years.

Ken shows how the housing market is being held hostage by big bank foreclosures and why this log jam will soon correct and precipitate a restoration of the United States economy. Ken also talks about how manufacturing will return to the United States with a vengeance because the United States is the only industrialized nation with a huge young highly skilled workforce.

Kenneth W. Gronbach is a gifted keynote speaker and a nationally recognized expert and futurist in the field of Demography and Generational Marketing. Ken entertains his audiences with his own special brand of wit, humor and clear communication. He makes the science of shifting demography come alive with real life examples that make it relevant to today’s culture, business climate and economy.  In his book “Age Curve, How to Profit from the Coming Demographic Storm”, published by The American Management Association, Ken takes you through a fascinating common sense understanding of shifting demography and the related opportunities and challenges. The demographic landscape in the United States is made up a series of waves that are about twenty years in duration.

It would follow that business will rise and fall according to the critical mass of customers heading toward it. Ken’s latest book “Decades of Difference, Making it Work” (HRD Press), about the United States workforce, was released in October 2010. Ken also writes for the CNBC Guest Blog.

Ken’s perspective is macro, a view from 30,000 feet, and very big picture. Demographers are able to forecast markets, societal phenomena, and economics with uncanny accuracy because they count people, not money or things. For example crime has been down in the United States for the last twenty years because the number of high risk crime committers (men 15 to 30 years old) has been low and fully employed.

This is because the fertility in the United States dipped sharply between 1965 and 1984 creating a deficit in our population of about nine million people. This shortage of young people in the labor force also drove labor costs up and manufacturing off shore. Ken says the Age Curve will change the way businesses market to consumers and that a sea of entrepreneurial business starts will rule as the economy turns around.