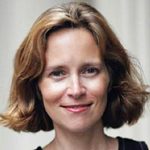 Jason Hartman interviews author, Amity Shlaes, about her book, “The Forgotten Man: A New History of the Great Depression.” Franklin D. Roosevelt spoke of the forgotten man as the man at the bottom of the economic pyramid, the poor man, the homeless man. Miss Shlaes explains that there is another forgotten man, the taxpayer, based on an algebraic description by William Graham Sumner.

Jason and Miss Shlaes explore the concept that the Great Depression was man-made, that the Federal government suppressed the economy and the markets, which slowed recovery. A zombie-like economy has ensued in America, very similar to what happened with Japan’s economic downfall, which is still recovering two decades later. Miss Shlaes also shares how the collective or community aspect, particularly farms, encouraged and funded by the government, did not work because of bad stewardship – nobody cared about anything because nobody owned anything.

In order for people to care and succeed, they must be allowed to own property, own businesses, and own their homes. Amity Shlaes and Jason move on to discuss “The Greedy Hand,” as it refers to taxation. As Miss Shlaes researched the history of The Greedy Hand, she found that Americans initially resisted tax withholding, that it was not just accepted.

Over time, taxation has become extremely complex, and the best solution would be to simplify it again. Miss Shlaes also shares her predictions on inflation for 2012. She encourages people to read, to educate themselves and their children. Amity Shlaes is a syndicated columnist for Bloomberg and a senior fellow at the Council on Foreign Relations. In addition to writing on political economy, she writes on taxes. She is a contributor to Marketplace, the public radio show.

She has appeared on numerous radio and television shows over the years. Miss Shlaes was formerly a columnist for the Financial Times and, before that a member of the editorial board of the Wall Street Journal, specializing in economics. In the early 1990s she served as the Journal’s features, or “op ed” editor. Prior to that, she followed the collapse of communism for the Wall Street Journal/Europe. Over the years she has published in the National Review, the New Republic, Foreign Affairs (on the German economy), the American Spectator, the Suddeutsche Zeitung and Die Zeit. In 2002, she contributed an article on the US tax code to the thirtieth anniversary anthology of Tax Notes, the scholarly journal.

Miss Shlaes has twice been a finalist for the Loeb Prize in commentary, her field’s best known prize. In 2002, she was co-winner of the Frederic Bastiat Prize, an international prize for writing on political economy. In 2003, she spent several months at the American Academy in Berlin as the JP Morgan Fellow for finance and economy.

In 2004, she gave the Bradley lecture at the American Enterprise Institute. Her essay, titled “The Chicken vs the Eagle” looked at the effect of the National Recovery Administration on the entrepreneur in the New Deal. She is the author of The Greedy Hand (Random House/Harvest paperback), a national bestseller on America’s experience with its tax code. She is also the author of Germany: The Empire Within (Farrar, Straus), a book about German national identity.

In 2004, she was, with the late Robert L. Bartley, co-author of the contribution on tax philosophy to “Turning Intellect to Influence,” an anthology chronicling the progress of free-market ideas as advanced by the Manhattan Institute. Amity Shlaes is a trustee of the American Institute in Contemporary German Studies; she sits on the jury for the American Academy’s fellows as well as the jury for the Bastiat Prize.