CW 242: The American Monetary System and QE2 with Ellen Brown Attorney and Author of ‘Web of Debt’ 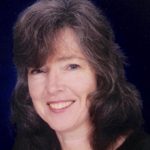 Join Jason Hartman and returning guest, Ellen Brown, author of Web of Debt, for a discussion of the United States’ debt ceiling, QE2, inflation, as well as a brief explanation of how money came to equal debt. Ellen explains why the debt ceiling is unconstitutional, how the government is legally committed to paying its debts. She points out the contradiction that has been for more than 100 years, since WWI. The easing put into place at that time was only to be a temporary measure.

Ellen also talks about shadow banking causing the crisis by money being lent into existence, slight of hand. The only real money are coins, which are one-tenth of the total money in circulation. Ellen also discusses QE2 , where the government agreed to pay the interest on borrowed money in order to maintain control of the Federal Funds rate. She said there are a lot of reserve funds on the books in certain foreign banks, including bond dealers, that is just being held.  Ellen also touches on the national debt, Glass-Steagall, and proposes state-owned banks as part of the solution, with the basic idea that we take care of our own, much the same way that Japan is reliant on their own Central Bank.

Ellen Brown developed her research skills as an attorney practicing civil litigation in Los Angeles. In Web of Debt, her latest book, she turns those skills to an analysis of the Federal Reserve and “the money trust.” She shows how this private cartel has usurped the power to create money from the people themselves, and how we the people can get it back. Brown developed an interest in the developing world and its problems while living abroad for eleven years in Kenya, Honduras, Guatemala and Nicaragua. She returned to practicing law when she was asked to join the legal team of a popular Tijuana healer with an innovative cancer therapy, who was targeted by the chemotherapy industry in the 1990s. That experience produced her book Forbidden Medicine, which traces the suppression of natural health treatments to the same corrupting influences that have captured the money system. Brown’s eleven books include the bestselling Nature’s Pharmacy, co-authored with Dr. Lynne Walker, which has sold 285,000 copies.

Episode: CW 242: The American Monetary System and QE2 with Ellen Brown Attorney and Author of ‘Web of Debt’