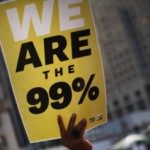 A recent Facebook post sums it up fairly well: This whole issue really isn’t that simple. I assume that most of the protesters are clueless folks who need haircuts; however, so is the conservative media (that I mostly agree with) in saying that Wall Street represents “capitalism” – nothing could be further from the truth, Wall Street, banks and mega-corporations are mostly ANTI-CAPITALISM in that they are playing a rigged game with lobbyists, government cronyism and insider dealings at every level. They use lawyers, accountants and PR firms to commit their crimes. There is very little capitalism on Wall Street.

If you’re looking for capitalism, look at Main Street, where small business operates under far too much government interference. Jason discusses the powerful “Qualified Written Request” (QWR) letter and how it can be a tool for loan modification, short sale, deed-in-leiu of foreclosure and foreclosure litigation.

You’ll also hear a short article from Jason’s newsletter, The Financial Freedom Report, on that all to upsetting topic of “Too Big to Fail.”