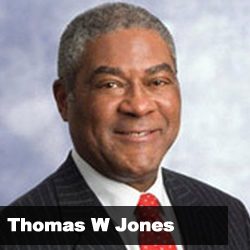 Paul Volcker, former head of the Federal Reserve, passed away December 8. Jason Hartman takes a look back at some of the biggest moments of Volcker’s term and what it meant for the United States.

Then Jason talks with Thomas Jones, former vice chairman and director of TIAA-CREF, former Chairman and Chief Executive Officer of Global Investment Management at Citigroup, and former Chairman and Chief Executive Officer of Citigroup Asset Management. He was also the former Vice Chairman of Federal Reserve Bank of New York. Jason and Thomas discuss Thomas’ entrance into real estate, why Thomas is so bullish on America long term, and what sets America apart from the rest of the world.

[3:47] Paul Volcker, the former Fed chair credited with “Breaking the back of inflation” has passed away

[11:50] Thomas and his bride actually started by bidding on 2 burned out buildings in Boston

[17:08] Thomas is perennially bullish long term, so dips in the economy are buying opportunities for him

[23:30] The most disappointing aspect to the reforms that have been made since the Great Recession

[28:39] One of the things that really sets America apart is the excited entrepreneurial spirit

[35:44] Our nation doesn’t give itself enough credit for how far we’ve come, even though we still have a ways to go

From Willard Straight to Wall Street