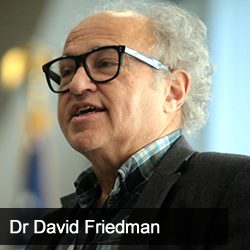 Jason Hartman talks with Dr. David D Friedman, son of Milton Friedman, former professor at Santa Clara University in the Law School, and author of books such as The Machinery of Freedom: Guide to a Radical Capitalism and Law’s Order: What Economics Has to Do with Law and Why It Matters. The two dissect what role the government should have in society: what it’s capable of and what it need to steer clear from, while also delving into the 4 problems that need to be addressed in a feud system.

[3:21] How David’s thinking is similar and different than his father’s

[5:34] Can the government actually be out of everything?

[9:55] One of the mistakes that supporters of free markets make is implying that things won’t ever go wrong

[13:25] Market failure is a mark for and against government

[19:17] What David learned about feud law when looking at various legal systems

[23:12] Making the tort claims transferable would make our legal system much better