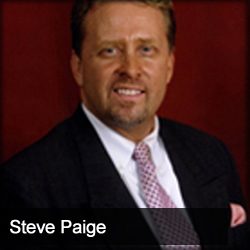 Join host Jason Hartman and, not one, but TWO special guests on episode #354 of The Creating Wealth Show. First up is Jason’s mom, who returns to the show for the third time (by popular demand) to discuss the idea of grit when it comes to life in general and income property investing in specific. The question they bat around is “What makes for a successful property investor and successful human being, and what does grit mean anyway?” You won’t want to miss her story about a recent eviction she undertook on a California property tenant, nor how her life’s passion of living in a mansion with columns came to pass.

Following his mom’s segment, Jason welcomes credit repair expert, Steve Paige, to the telephone. Steve has logged almost three decades in the trenches in helping consumers understand the fact, fiction, and misconceptions that abound in the credit report score industry. Steve is, by far, the nation’s leading credit pathologist. He founded three of the nation’s largest credit repair firms and, in the process, revolutionized the approach to consumer credit issues by focusing on re-scoring techniques rather than credit report manipulation and repair, the results of which produce far greater benefits— for less money.