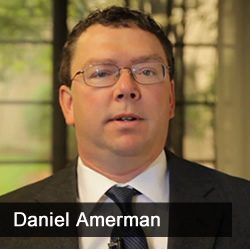 Jason Hartman begins the show with his in-house economist Thomas discussing two differing population models: the UN population model and the Empty Planet model. Our world is currently entering a population phase previously unseen and it could have a serious impact on our world.

Then Jason begins his interview with Dan Amerman, CFA and author of books such as Mortgage Securities and Collateralized Mortgage Obligations: Unlock The Secrets Of Mortgage Derivatives, about how a heavy handed Fed has changed how inflation and housing have correlate to each other, why the Fed reacts to quickly, and what the Fed is setting interest rates up to do.

[4:55] The UN Population model vs the Empty Planet model

[8:46] We’re entering Stage 5 of the demographic transition theory, which is something nobody’s really ever seen before

[15:33] What does this coming population shift mean to investors?

[20:44] The Federal Reserve is getting more heavy handed as years go by, and hints of a coming recession could lead to more intervention

[25:38] Housing tracked inflation better than gold until the Federal Reserve got real heavy handed after 2001

[32:06] Dan’s prediction of where interest rates are about to head