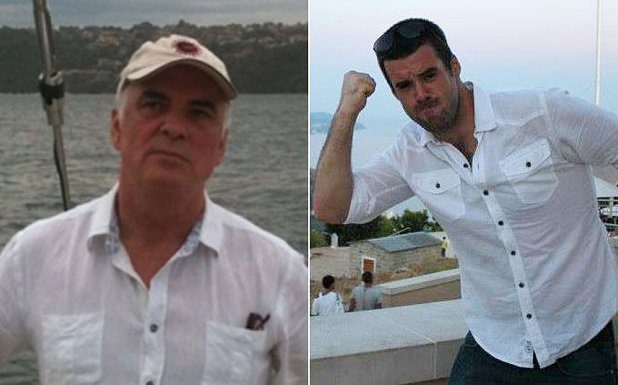 Business Insider – A currency trader has vanished along with £130 million ($159 million) in investors’ cash in an alleged fraud that could be one of the biggest in recent British history.

Joe Lewis, 59, is being investigated by police over almost $200 million which he claimed was in clients’ accounts but now no longer exists. It is rumoured that professional footballers and golfers have lost money in his investment scheme.

In an email sent to clients a fortnight ago, Mr Lewis admitted that his company, JL Trading, had stopped operating in 2009 after suffering heavy losses on disastrous foreign exchange deals.

He confessed in the email that he had continued taking people’s money for the next five years in an attempt to turn his fortunes around, but that all those attempts had failed.

In an email sent a month earlier – in response to growing concern from investors trying to get their money out – he claimed that his company was having “a stressful time” releasing $197 million (£126 million) from American brokers because of US red tape.

Whatever the truth, the reality for investors – many of them British – is that they have each lost a small fortune. Police have taken statements from a number of victims and begun an investigation into Mr Lewis.

A civil action to freeze his accounts and seize any assets has also been started. The businessman, who traded from a smart residential address in Istanbul with views over the Bosporus, is understood to have left Turkey some weeks ago. His adult son said he had no idea where his father was. One report suggested he had briefly visited relations near Hull and may now be in the Far East.

In the email sent on Dec 3, Mr Lewis wrote: “Dear investor, I am writing to inform you that JL Trading is ceasing to carry on business. Contrary to the impression that I have hitherto given, the business has lost almost all of its assets, and there appears no prospect of those assets being recouped.

“JL Trading ceased foreign exchange trading in 2009 following substantial losses and since that time the business has suffered further losses, which I have tried to make good through investments in a number of commercial projects. However, it is now clear that the business will not be able to recover its losses and must cease trading. This means that, contrary to what was reported to you previously, you cannot expect any payments in the future. “I can only apologise unreservedly for any losses or unfulfilled expectations of profit. I have tried to recover the position for a considerable period of time, but it is now clear that I will be unable to do so. I sincerely regret that I have not been able to do better on your behalf.”

Mr Lewis, a father of two, started his company about a decade ago, employing at its peak about 30 staff over two storeys of the residential block. He lived in a penthouse apartment with his Turkish wife.

Investors had been attracted through word of mouth with the promise of monthly returns on his currency trades of between one and three per cent. They were also enticed through golf days in exotic locations such as Thailand.

Don Wall, 77, a retired businessman from Cambridgeshire, is owed about £100,000 ($122,609) by JL Trading. “These are my life savings,” he said, “This money was supposed to be savings for my children and grandchildren. I have never met the bloke and I don’t think I have ever spoken to him.”

“I was asking could I draw some money out,” recalled Mr Wall, “And they started giving me excuses why they couldn’t do it.” Then the first of a series of email bombshells dropped.

On Sept 10 this year, Mr Lewis sent an email to clients that explained that he was “not able to give an exact date when we can send monies out” due to ongoing problems with American regulators. Lawyers, he said, were working on it and “they have everything in hand”.

On Nov 14, Mr Lewis sent another email. “We are going through a stressful time having our funds returned from our brokers; this has led to many doubts and concerns about the security of funds being held,” he wrote.

Then came the email of Dec 3, in which he admitted he had not traded currency for five years.

Two days later, Mr Lewis sent out another email – the last anyone has received – changing his story again and in which he blamed the previous email on his legal team. “You have been sent an update this week which was worded by my lawyers, but I wanted everyone to know, I am not running away from things,” he wrote, “Whilst I regret some of the things I have done, I will do my best to remedy this situation.

“Please note, I have covered up my mistakes from everyone including my staff, no one else knew what was happening.”

Investors are not sure what to believe. Mr Wall has given a statement to Cambridgeshire Police.

Mark Bavin, who introduced Mr Wall and others to the scheme and who helped to organise JL Trading’s golf days, has reported Mr Lewis to the authorities.

Mr Bavin, who also invested heavily and has lost his money, said: “I am sure this is a massive fraud; almost certainly it’s a pyramid scheme. I have reported it to the fraud squad. We have all put money in and he has run off with all our money and that is as much as we know. I am owed significant sums.”

Neil Rodrigues, a British engineer working in the oil industry, invested £26,000 ($31,000) in 2013, four years after Mr Lewis has admitted his company stopped operating. Mr Rodrigues said: “Most of my colleagues with spare cash invested in JL Trading. We have never got any money back.”

One investment broker, who did not wish to be named, said he had 25 clients involved who had invested a total of £3.2 million ($3.9 million) and not had a penny back. The broker had begun legal proceedings to have Mr Lewis’s accounts and assets frozen worldwide. On Facebook and on other internet sites, alleged victims have been urged to join the class action.

Mr Lewis was unavailable for comment last week. He failed to answer emails and phone calls, and at his Istanbul apartment a doorman said he had not been seen for a few weeks.

Mr Lewis’s son James said: “He [Joe Lewis] didn’t live extravagantly. I don’t know where the money’s gone. I am happy to share information with the legal entities.

“Everything he had is ruined. There are no assets at all that I am aware of.”