Cryptocurrency as an Investment, Anti-Banking, and More 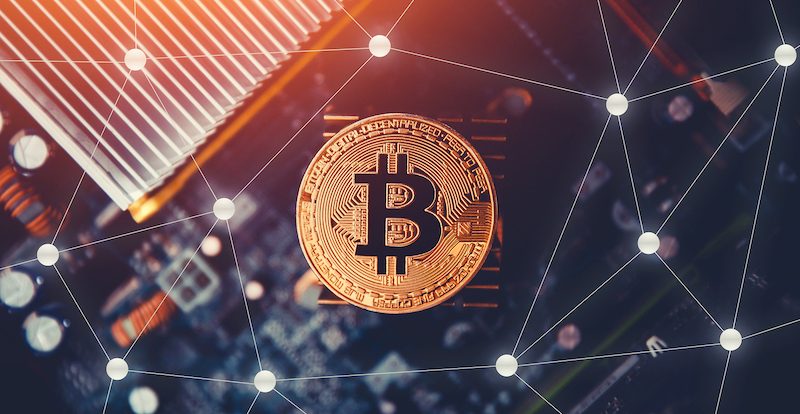 Jason Hartman discussed the way that peer-to-peer interactions are changing industries across the economy, cryptocurrency as an investment, Blockchain and its “dating” contracts, as well as intrapreneurs, the government shutdown, and California’s extremely high poverty level, versus the state’s wealth level and disappearing middle class. Aside from their poverty levels being the highest in the country, Hartman also covered the movement for the 51st state in the United States, the proposal of New California.

He also covered important information about Initial Coin Offerings, illustrating the incredible amount of money that’s flowing into the world of cryptocurrency by presenting a chart illustrating the Ten Biggest ICOs of last year, and what these new companies might mean for banking for the Y and Z generations.

Special Thanks to Intrapreneurs

Hartman begins the episode on what he calls a beautiful, cool day in Nevada, the tax-free state. He notes that in previous days, the weather was windy, and it has made for clear skies this morning. It reminds him that life is short, and that there is not a surplus of perfect days to enjoy outside.

He states that days like this are few and far between rather than plentiful, and that they’re an excellent reason behind why people want to be investors, so that they can enjoy a beautiful day outside of a cubicle, living on their own schedule, their own terms. The majority of people do not want to dedicate their working lives to bosses and deadlines, and though Hartman states that he works a lot, he loves his work.

He mentions that there is a good deal of entrepreneurs in the world, but there are also plenty of intrapreneurs who go without the rewards that entrepreneurs receive. These people work hard and really contribute quite a bit to the companies they work for. Sometimes their hard work is recognized, and sometimes it isn’t, but they press on.

Hartman explains that there is a lot going on in the world today, especially in the industry of fiat money, fiat meaning “by decree or authority”. The government creates fiat currency out of thin air, with this being the major scam of central banks. Income properties, he says, is the most historically proven asset class in the world and something investors can use to their own benefit. Investors have the opportunity to exploit inflation and align their interests with those of the banks.

However, Hartman mentions, there is also cryptocurrency in the news. He has said before that he’d love to be wrong about his views on the crypto systems, but strongly believes they will not be a success because they’re going up against the most powerful forces in the world.

Hartman refers to a Blockchain consent application he has become aware of, mentioning that the world of romance has been largely destroyed. People are so afraid to engage in natural human functions, like intercourse, because they don’t want to face legal trouble down the road, and rightly so. This Blockchain consent app allows users to sign consent agreements from their smartphones before any “action” takes place so that there is no room for legal issues to crop up.

He explains that though some of these lawsuits are completely justified, the fear that lawsuits inspire leads to loneliness at the end of the day. It leads to a lonely population of frightened people. We have our handheld devices that are personally adapted to us and we’ve become afraid to talk to people.

England now has a Minister of Loneliness, a new sector of the English government set up to deal with the loneliness in the population. Excessive loneliness leads to lower birthrates, as we can see in countries like Japan and Russia, as well as the United States. Depending on the demographic you look at, birthrates are down, and it could lead to human extinction if taken too far down the line.

Hartman explains that through Blockchain, there is another company called SALT, which was created for the idea of Blockchain-backed loans.

There are major changes taking place in the finance world, hugely impactful in introducing new versions and revolutions to banking and the way that it has worked recently. It’s predicted that there’s a possibility Generations Y and Z after the millennial generation may never even use a bank.

It would be great to see banks have some competition, Hartman says. He compares this competition to that the music industry saw with the introduction of Napster and Kazaa. Though these programs were illegal, they taught the music industry a lesson, back when every CD or album available was almost the same price, no matter how many tracks were included. Thanks to these programs, Steve Jobs came along and made legal application that made songs available at 99 cents at the time of the release, now $1.29 per song.

Hartman mentions another CEO, Amazon’s Jeff Bezos, and his greed involving the price of Kindle books, asking how it’s possibly reasonable for a Kindle book to cost $15. There is no destruction of trees involved and no refinery from wood into paper. Kindle books are a bunch of data, and thusly, should be relatively cheap. 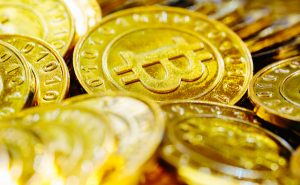 Mentioning an article from Business Insider about fiat money, Hartman notes the 10 Biggest ICOs of last year. An ICO stands for Initial Coin Offerings, meaning data, on Blockchain or another platform similar. What’s happening in the world of cryptocurrency, and the money behind it is shocking, with millions of dollars in these companies. The article states that, in order, the biggest ICOs are:

Hartman states that aside from these companies, there are also decentralized payment methods like PayPal, continuing to rise in popularity.

He mentions that a friend of his is a fan of cryptocurrency as an investment and recalls a conversation the two had. The friend stated that as he took his money out of the bank, he thought that it was never going to return to the banking system. Hartman explains that he isn’t a believer in cryptocurrency until there’s a government-backed currency, but that he’d again love to be wrong about it.

Hartman states that while the DACA-inspired government shutdown is exciting news, shutdowns are not a good way to run the country. They’re expensive to execute, with stopping and restarting and it creates a mess. He mentions that perhaps a positive will come from it, to see the government shrink a little more.

He refers to a quote by Dan Sullivan, where he stated that,

Hartman explains that, though we don’t always like the government we see, the quote means that we like the basics: civil societies, roads, police protection, and fire services for example. He mentions that in any big government building, only the first ten floors are productive. It’s a good idea to keep those and get rid of the departments full of paper pushers looking to find ways to spend more money. The top six floors of any of these buildings can go.

The 51st State of the US

Hartman mentions that there is news of a movement for the 51st state of the United States, introducing the concept of New California. He explains that he’s agreed that the state should be divided into two or three different states for quite a while. This way, there would be more options to vote with or feet and gain access to better governments. If one section of California was failing the people, they could head to the newer state of California and show the government that their system is flawed.

Winner of the 5 Year Plan Contest

Hartman announces the winner of the 5 Year Plan Contest, stating that the first prize went to Michelle. Her winning video was presented at the Meet the Masters event, and the animated short was well-received.

The second-place winner’s video can’t be played on air, because though the video itself was excellent, the sound quality won’t pick up well enough due to microphone trouble.

In Michelle’s video, she introduces herself, her husband Phil, and the Hawkins family’s two children. She broke her five-year plan into three areas of focus: health, wealth, and family.

She explains that her health goals were where every other goal was able to start, because without a healthy life, all other goals are difficult to reach. The healthy habits she is incorporating for her family to grow a successful life are quality sleep, daily exercise, and fresh, organic food.

In the wealth section of her plan, she states that the Hawkins family plans to have financial freedom in five years by building passive income through rental properties. Currently, the family’s portfolio contains ten units, bringing in $3,500 per month, equaling 29% of their monthly expenses. For financial freedom, the family needs to bring in $12,000 to cover all expenses.

Their goal is to buy eight units each year for five years, so that their forty new units plus the initial ten, totaling fifty bring in $15,000 per month.

Their next order of business is to fire Phil’s boss, so that he can retire from teaching early and open his own business.

In the family section, the Hawkins family wants to make memories and travel the world together. With their financial security, they will have a better work and live balance.

Michelle states that one of her goals is to take her mother back to Korea and meet some of her relatives. The children express desires to travel to places like Paris and Japan, and Michelle mentions that aside from eating different cuisines at new restaurants, she wants to start a blog. One of her children want to publish a novel and learn to drive. Phil would like to record and perform his own music.

Overall, the family’s goals are geared toward their time spent together, which is what truly matters to them.

More to Come from Garrett Sutton

Hartman explains that after the Meet the Masters event, many attendees expressed wishing that Garrett Sutton had more time to speak about asset protection. He plans to have Sutton on a future episode to continue his Meet the Masters speech so that he can further explain asset protection, internal and external threats, and what to do if you’ve got a creditor or judgment against you. Sutton has a lot of information to offer and will be doing so in the near future.

California has the Highest Poverty Rate in US

Returning to the topic of California, Hartman mentions that the state now leads all other states in terms of the highest poverty rate. California truly is a banana republic with the presence of very rich people, very poor people, and a disappearing middle class.

The middle class has been leaving the state for decades, and Hartman points out that the cost of U-Hauls leaving California versus the cost of U-Hauls entering California is an amazing piece of information to look at, and advises listeners to have a look on the U-Haul website. He states that he certainly does hope that the state gets its act together in the near future.

Meet the Masters Slides on the App

Hartman wraps up the episode by stating that the third-place winner of the 5 Year Plan Contest will have their content played on a future episode, and also announces that the speaker slides from the Meet the Masters event are being uploaded into the Meet the Masters application. Look for the added slides available from the speakers at the event. You can save them or email them to yourself as you wish.