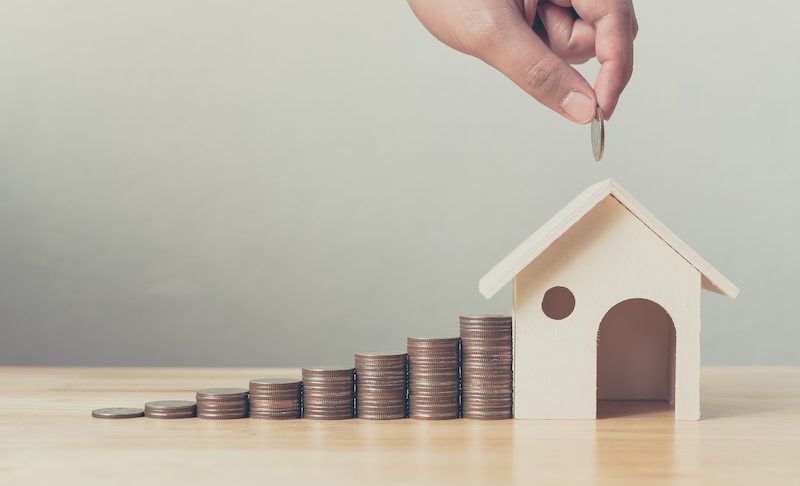 In this episode of the Creating Wealth podcast, Jason Hartman discussed the effect of inflation on real estate, as well as new updates regarding the upcoming Meet the Masters of Income Property event. He mentioned that there are going to be a good deal of local market specialists and previewed some of the key topics he will be discussing, including a list of core beliefs that investors should have in their process.

Hartman then explored a case study with clients Gary and Sue Pinkerton. The couple gave Hartman some background information about their real estate investing journey, the troubles they had at the start, and why they continued to persevere despite the hardships they faced. They explained their method and reasoning behind their mortgage sequencing and why they chose to invest in their chosen real estate markets.

Hartman begins the podcast by mentioning an article he recently read about technology, citing two companies who revolutionized the tech world, both starting out in garages in Silicon Valley, Apple and Microsoft. The article mentioned that Apple is going to have a code release for their big flop of 1983, the Lisa computer, named after the late Steve Jobs’ daughter. Hartman mentions that if the Lisa were available today, adjusted for today’s inflation, it would cost $24,700 to purchase. This is based on the official inflation rate.

In the previous podcast, Hartman gave an example of inflation-induced debt destruction by noting that a family in 1972 could live in a home for three decades and practically be paid to live in their home, due to the way inflation worked. If the example was for a rental property, the situation would have been even more beneficial.

He mentions that most people hate the passing of time in the way that as time passes, we lose our youth and often our health, so he hopes that with his real estate investment advice, his listeners and clients can retire when they’re still young and able.

He outlines information about the upcoming Meet the Masters of Income Property event, stating that he is going to discuss core beliefs that he has come up with, beliefs that all successful investors should have. In 2004-2005, he released his ten commandments of investing, and years later, Hartman developed ten more. He’s been working on the core beliefs, and wants to release them at the event this coming weekend.

Hartman has a client case study today, with a husband and wife partnership, Gary and Sue Pinkerton. He warns listeners that there’s something that Gary doesn’t reveal right away regarding the first property the couple bought that did not start off on the right foot. The Pinkertons did not purchase the property from Hartman’s team.

He also states that he almost never prepares for an interview, and has only done research on a few interviews over the years. One interview he researched beforehand was the one he conducted with Bill Ayres, “the man who made Obama.” It was an interesting interview, Hartman says.

With Sue and Gary Pinkerton, he conducted no preparation or research, but he does note that he knows who sold the Pinkertons their first property in San Antonio, because he also tried to do business with this seller at one time. Looking back, Hartman is glad that he didn’t.

Hartman notes that he’s seeing last minute registrations as more people are preparing to attend the Meet the Masters event, and he is honored to have so many people in attendance. He reminds listeners to check the last Creating Wealth episode for an announcement about the event, and to look at the email sent out to attendees. In this email is a link to the Meet the Masters app, containing several pages of information that should not be missed.

The event is going to host the largest group of market specialists that’s ever been in attendance before. Hartman states that with all of the specialists available, there is going to be plenty of education and support to be gained. In order to assemble enough inventory of properties for people who will attend the event, he had to invite as many local market specialists as possible, and this weekend will have exhibit spaces and availability to sit down, go over paperwork, and view the different presentations.

Hartman introduces the Pinkertons to the podcast, a husband and wife investment partnership. Capt. Gary Pinkerton (age 49) is a mechanical and nuclear engineer as well as a retired Navy submarine captain. Sue Pinkerton (age 47) is a chemical engineer and a nurse, and the pair have two kids together, seventeen properties in nine states, two more in contract, and another being built.

The pair discusses their real estate investing journey. They didn’t have a good experience after purchasing their first property, a fourplex in San Antonio, but they were able to turn it around over time. Gary notes that this was before he attended his first Meet the Masters event in 2012. Though Sue states that she wasn’t a big fan of the real estate investment idea after the issues with the fourplex, it’s five years later and she now owns ten properties. Gary almost has ten properties in his portfolio as well. 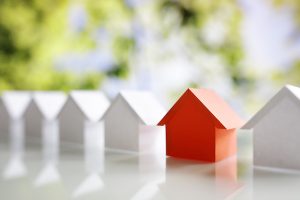 In Hartman’s real estate investing journey, he explains that he too had a bad experience with his first property, a 1-bedroom condo in California. The tenant stopped paying rent, destroyed the property, and had to be evicted, but Hartman was able to sell the condo and make a bit of money from it. After this happened, he notes that he could have given up, but like Gary and Sue, he persevered.

The Pinkertons’ first property turned around, but it took almost four years to get it to the point where it was doing well. It’s now in a good area and continues to grow. Sue states that they’d like to buy another property like it, but are priced out of that market.

Hartman mentions that the cycle isn’t perfect, but that seven out of every ten years are good appreciation-wise. There is a 70% chance that an investment will do well if you’ve got the patience to hold onto it. Success is largely a matter of hanging on when others have let go, he adds.

Sue explains that it was Gary’s persistence that kept the pair going in their real estate investing journey. The fourplex was a new construction, and it was not even suitable to have tenants until the third year of owning it.

Gary explains that the first property the Pinkertons bought was not through Hartman’s team, but the issues that came from it drew him into attending his first Meet the Masters event. The pair faced a lot of challenges with the property and dealt with bad property management. Gary states that he felt he could trust Hartman’s group, and that there was a good deal of ability involved in it. Another property that the Pinkertons bought in Memphis worked out better than the San Antonio fourplex and they were able to recoup their losses. This changes the course of their investing.

Gary also states that it’s important to listen to your wife, if you have one. He recalls sending Sue a photo via text message and in the photo was the real estate broker and the property builder. She mentioned that the pair of them looked chummy, like they were in cahoots with one another and she ended up being completely correct. Women’s intuition, Hartman says, isn’t perfect but it certainly provides insights.

Hartman inquires about what came after the San Antonio property, after Gary attended the 2012 Meet the Masters event in Irvine.

Gary states that he was moving as quickly as he could at that time. He bought four or five properties, three were in the network in St. Louis, and one was from the same broker in Houston. It was a model home and did very well in spite of the broker. He states that during that time, one could put 20% down on the first four properties and then 25% down on the next. Gary notes that he was very focused on having higher down payments on the first four properties he bought in his real estate investing journey.

Hartman mentions the concept of mortgage sequencing, stating that he talked a good deal about it several years ago. He notes that if you’ve got a W2 job, it was possible to focus on the number of loans rather than the loan amounts, and stacking loans was ideal in this scenario.

Gary retired from his career as a Navy submarine captain, and Sue recently retired as well. Their income is now commission-based, but he states that he did some real thinking about how he was going to manage his mortgage sequencing. The pair decided to buy properties separately, with Sue purchasing some in her name and Gary purchasing some in his name.

Sue explains that Gary had about four or five properties at the time he was retiring. She was working full-time and had ten properties, putting their primary residence in Gary’s name. They bought five properties in Memphis, three in Jacksonville, and one in Oklahoma City. The construction for one of the Jacksonville properties was delayed, so Gary put that one into his name as well.

Gary explains further by saying that Sue had six that were in her name from Memphis, and they had the three rehab projects in Jacksonville. Since it was a new construction, the work on it was delayed for a month or two and Sue wanted Gary to take the property. She was not going to be working long enough to wait on the construction, which is why she handed the property over to Gary.

He states that he spoke with his lender, Aaron Chapman and asked him to move the property from Sue’s name to his, add another property to Sue’s name, and close the process in three weeks. Chapman was able to help them accomplish this, as time was of the essence.

When asked what inspired him to pick certain properties, Gary states that he liked Texas because it had a strong market at the time. He was also a fan of St. Louis, and liked the numbers involved with the area. It was near where he grew up, and Memphis wasn’t far from it. Sue had the input regarding purchases in Jacksonville and Oklahoma City.

Sue adds that she’d ask herself before buying a property if she’d want to live there. She also thought about whether it was the kind of property she’d like to see. She mentions that she tends to be more in favor of new or newer B-rated properties, while Gary is willing to deal with C-rated properties and those that are on the older side. The couple also followed Hartman’s network, and he was in favor of those areas as well.

Gary also mentions talking to Sarah, who was interested in properties that were in Fort Richie and Jacksonville. Those markets were on her radar, and she was helpful to the Pinkertons in sending information to them regarding those desired areas.

Hartman notes that if this episode is being listened to years from now as a Flashback Friday episode, there’s a chance that these markets might change. In terms of real estate markets, the ideals and principles of investing are rather consistent, but there still very well may be changes in later years.