He explained how people buy their homes based on their monthly payments rather than the entire price of the home, noting the way that mortgage rates impact the payments.

Also covered was the recent $1 billion fine for Wells Fargo, a big announcement regarding the Creating Wealth seminar in Philadelphia, and the issues that many libertarians are failing to notice about the economy and the way that capital formation crowds out the possibility for positive competition.

Jason Hartman begins the episode stating that it’s an amazing time to be alive with so much going on in the world. One great thing he notes is that the most corrupt big bank in the US, Wells Fargo, was fined $1 billion in a settlement recently. While this might have cost more if they waited and didn’t settle, it’s something.

Hartman mentions that he is frequently reminding listeners about Commandment 3, “thou shalt maintain control” and adds that the problem that comes up in these too big to fail companies is that when they get fined, it’s just part of their business plan. They do the math, like Ford did in the 1970s when their Pinto had exploding gas tanks. They could have made the vehicle safer for only $1 to $2 per car but they thought that if X amount of people die in explosions, they’d only have to pay out X money in settlements. It was a better deal for them than avoiding the deaths of their customers by making the cars safer.

Wells Fargo does the math as well, Hartman says. If you think that isn’t bad enough, there’s more. It gets worse as the big executives in the company don’t really suffer that much even when they’re fined. Wells Fargo paid the fine, gave the government a billion dollars but compared to what? Hartman explains that compared to their revenue, that isn’t very much money.

Another glaring issue is that the people who are hurt the most in these ordeals are the middle-class shareholders who own stock in the business. The executives never go to jail, they just rip off the shareholders.

Hartman states that we need to rethink the ways that entities are used. These companies pay a fine that puts most of the burden on the shareholders. He asks why there isn’t a rule that if the executives don’t go to jail like they should, they should at least lose some of their stock in the company or their bloated salaries for a certain amount of time. It would bring about some accountability.

Circling back, he reminds listeners that it’s highly important to maintain control and not support the evil empire. While Hartman is pro-business and both an entrepreneur and CEO of several companies he has a problem with the way that some of the 1% companies work.

He explains that he has libertarian friends and agrees with them most of the time. Though there are distinctions and complications in business, he considers himself a libertarian as well. He mentions on a side note that Atlas Shrugged is one of the most profound books ever written, and that it’s still selling quite well sixty years after it was published.

The Problem with Giving People Money

Hartman states that his mother went to college at Berkley University in the 1960s where she received a degree in social welfare. She was a social worker for a time and saw how the government, by helping people, made them weak and destroyed them. This help made them dependent and unproductive, like spoiled children.

He refers to the millennial generation, a coddled and catered-to generation. While parents have to take care of their kids, it’s important to let them take some risks as well.

Referring back to his libertarian friends, he mentions that he went to Starbucks in Tampa when he was visiting, mentioning that the company sells coffee that has been sprayed with pesticides. He states that while he is their customer, he regrets it but notes that there is very little choice because of the way that capital formation occurs with companies crowding out the competition.

He notes that externalities are important and wants listeners to think about them. He as an upcoming interview that covers the topic in-depth.

While he was at Starbucks, Hartman states that he took a picture of the yogurt container he bought, noting that it was approximately a 4oz container with 26 grams of added sugar. People think that they’re eating healthy when they buy these products, but they have a mountain of sugar in them.

He mentions that he posted the photo on Facebook and his libertarian friends told him that no one was forcing him to eat it. While he realizes that he’s an adult that can make choices, he states that simply “not buying it” isn’t the problem. How much choice do we have with capital formation?

The following day, Hartman recalls that he opened his GPS and looked for a coffee shop that wasn’t Starbucks. “Good luck with that, “ he says. With capital formation and the “winner takes all” society, you can’t compete with Starbucks. With these semi-monopolistic companies, they crowd out others who might be trying to open a shop. These companies get too big because of regulation. If it was reduced and it was easier to go public, there would be other shops around who could compete and maybe offer an organic option, or one that wasn’t loaded with sugar.

What Real Estate Interest Rates Do to Supply, Demand, and Affordability 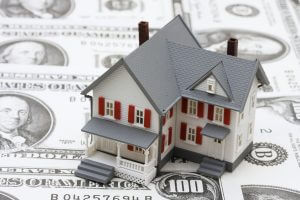 Hartman plays a short clip regarding the official news about Wells Fargo according to the Consumer Finance Protection Bureau. While they have a $1 billion penalty, $500 million is going to be credited toward the fine incurred due to auto and mortgage loan abuses. This has been one of the toughest actions taken and is likely the largest fine in OCC history.

Kramer, one of the speakers, states that Wells Fargo makes a ton of money every day just by turning on the lights, and notes that he is going to agree with Jim Stewart and say this one is over-done. Everyone is coming out against Wells Fargo.

Hartman points out how at the end of the segment, Kramer notes quietly that there could be four more Fed rate hikes, so there is some urgency in buying.

Changing directions, he mentions real estate interest rates and what it means to the supply and demand of real estate in the market. He explains that low information people who vote for the wrong politicians and give the man in the suit at Merrill Lynch all of their money lose the game.

He states that people will hear the talking heads in the media and they never seem to say, “compared to what”. They talk about housing prices and they will say that they’re at the same level they were at the peak of the market, around 2005-2006. Now, all around the country, according to the overrated K Shiller index that only looks at a few markets out of over 400, we’re at peak prices. Hartman explains that we have low information people that talk in soundbites and don’t think for themselves.

Sometimes, he says, we have to let people do the research for us, but we should always question. Question everyone, he advises, and he states that he likes when people question him because it encourages him to think. Listener questions can be submitted at www.jasonhartman.com/ask.

Hartman mentions that he has a big announcement for the Creating Wealth seminar on May 19th. He has made modifications to the program since the last one in Silicon Valley and added some refinements to the portfolio building game that has been a hit in the past. With the help of Doug Utberg, the game will be integrated into the Creating Wealth seminar. It’s the first time for this, as there is not another Jason Hartman University event happening this year and May 19th is the only Creating Wealth event for 2018.

The portfolio-building game has been widely popular at the events it’s been played at, and Hartman wants an opportunity for guests to play it again this year.

Hartman mentions that the problem for people who don’t question enough is, they hear the talking heads CNBC and they mention prices but never the true cost of home ownership. When you invest in a single-family home or small units, it spills over. The media says that prices are at the peak, and that there’s a bubble coming that’s going to burst. Hartman explains that they’re right about some of the cyclical markets, but not the linear ones in which he invests.

He recalls that when he got into real estate during his first year of college, real estate interest rates were somewhere between 12-14%. The market was starting to boom, and while it was taking off then, Hartman wonders what those rates would be like today. That same mortgage payment today would be 300% more. While it would be significant, we have to ask ourselves, “Compared to what?” Compared to the prior rate of 18%, it was cheap.

Hartman plays another clip, this one from CNBC on mortgages. The speaker states that as bond yields soar, mortgages are going up as well. The 30-year fixed is hitting a 4-year high, so a tough buyer’s market has gotten a bit harder, and home buying has gotten a little more expensive. Mortgage rates have hit their highest since the end of March and while the increase won’t mean a lot of difference in monthly payments, it could be the beginning of another steady rise. As real estate interest rates rise now, fewer homeowners are wanting to sell, due to reluctance to give up the rates they already have in favor of something higher.

Hartman recaps on this, highlighting the important piece of the segment, how fewer people are going to want to sell their homes because they don’t want to give up the good mortgage rates they already have. He compares this to rent-control and recalls an interview he had with Patrick, who lives in San Francisco in a rent-controlled apartment. He stated in the interview that his rent was kind of expensive at $2,300 a month but compared to what. The place he lives is worth $1.5 million and he has been living in it since the late 1990s.

He mentions that these rising rates are going to decrease inventory because people are becoming reluctant to sell, and he points out in the recording that there is also less home development. The entire nation is in a supply crisis and new construction is slow due to material prices and labor shortages.

He recalls back when he was involved with traditional real estate and how he sat with many potential sellers who were debating selling their property.

In closing, Hartman advises investors to get out and buy properties, locking in their loans because the rates are still pretty good. They aren’t what they used to be, but they’re still doing okay. He states that he can’t predict the future and if there’s a massive decline in prices he might be wrong, but that’s doubtful.

He also notes in closing that there are going to be two local market specialists at the Philadelphia event, and that he is currently trying to arrange for a lender to attend as well. Register for the event at www.jasonhartman.com/events.