Busted – Trade of the Decade 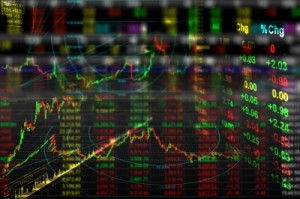 One of the popular pontifications in the online financial world is the “Trade of the Decade” that is published by a well known financial newsletter company.  The most recent version of this came on January 4th, 2010 with advice to buy Japanese stocks and short US Treasury debt.

The idea behind the “Trade of the Decade” is that by making one good decision per decade, you can reap huge rewards from massive macro-economic moves.  This sounds pretty good, so let’s take a look at the results.

There is clearly much less than a decade that has gone by since this prediction was made, but there is still a very valuable insight that we can gain from what has happened from 2010 through the beginning of 2013 where we currently stand.  These insights will ultimately show us the fallacy of viewing long term investing in terms of “trades” … trading is a short-term strategy, and investing is a long term strategy.  Attempting to mix them can meet with disastrous results.

Let’s start with the first half of the “Trade of the Decade” … namely buying Japanese stocks.  At the beginning of 2010, the Nikkei Index stood at approximately 10,800.  In the 3+ years that have elapsed since then, the Nikkei has risen to approximately 11,550.  To be sure, gains are nice … but how impressive is 6.9% appreciation over three years?

Now let’s look at the other side of this “Trade of the Decade” … shorting US Treasuries.  In January of 2010, the yield on the 10 year US treasury stood at 3.83%.  Seems so low that it couldn’t possibly go down … except that it did.  The 10 year Treasury yield currently stands at 2.0%, with a weekly minimum reached of 1.47%.  The short side of this “once in a decade trade” has been a monumental loser.  Treasuries have been appreciating like CRAZY since 2010.

So what would have happened if you were foolish enough to actually follow this advice?

Your short position in Treasuries would have appreciated so much that a margin call would almost certainly have been triggered.  Unfortunately, the annualized appreciation rate of the Nikkei isn’t anywhere near the margin interest rate on most brokerage accounts, so you result would be a forced liquidation of your account.

This demonstrates the great fallacy of buying the idea of a “Trade of the Decade” … Trades are only good for as long as you can keep them open.  If you can’t keep a trade open because of volatility, it has no value.  Thus, the notion of a “Trade of the Decade” sounds great when you’re writing marketing copy, but stands on very shaky ground if you try to replicate it in reality

In the end, successful investing is about much more than finding what appear to be clever ideas from online newsletters.  Success is a series of smart decisions, not one big trade that erases every other bad decision you have ever made.  Attempting to “roll the dice” on big trends carries big risks … these risks stem from the fact that we don’t know what we don’t know.  There is no way to be sure what will happen.  It is especially hard to know what will happen in the next ten years.

Instead of looking for the “Trade of the Decade” and risking it all on what you think to be a sure thing, look for one good small trade or one good small investment that you can execute right now.  When you finish, fine one more good investment.  When things change, re-assess your strategy.  Avoid the marketing copy of charlatans who “predict the past” and step into the reality of wealth building.