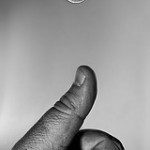 There is a popular sentiment among many investors that the secret to success in the financial markets is to find a “Rock Star” fund manager and ride that expertise to wealth. Of all these rock stars, none has more acclaim than Warren Buffett. Supporters frequently point to the 27.7%, 30-year compounded rate of return for Berkshire Hathaway (compared to 12.8% for the S&P 500) and assume that the only thing they need in order to realize success is to find a person with the skill and insight of Buffett and invest in their ventures to achieve success.

The factor that most people overlook in regards to fund managers is a phenomenon referred to as the “survivorship bias.” Simply put, the way that this effect works is the tendency for failed companies to be excluded from performance studies because they no longer exist. It often causes the results of studies to skew higher because the companies which were successful enough to survive until the end of the period are the only ones included. Many losing funds are closed and merged into other funds to hide poor performance. This is how so many current existing funds can truthfully claim to have performance in the first quartile of their peers: the other three quarters of funds have closed. The importance of this trend is that since we never see the failures when we are looking back at the past, people simply assume that they don’t exist.

Let’s look at a hypothetical example where people place bets on flipping a coin where “heads” doubles your money, and “tails” results in a total loss. If one million people begin flipping coins, simple probability states that one person will possess the “skill” to flip “heads” twenty times in a row, resulting in a 104,857,600% rate of return! Naturally, this highly-skilled coin flipper would have a profile featured in Forbes, Fortune, Money, Newsweek and Time magazines. The Wall Street Journal would publish a special portfolio section that follows the actions of the skilled coin-flipper, and investors would swoon at every word this person articulates. Granted, it may be that the coin-flipper is very intelligent . . . but many people of equal intelligence incur losses because they are not as lucky.

The reason why luck plays such an important role in the stock market is because of its intense centralization in the market clearinghouses. Centralization makes the stock market much more prone to speculation and manipulation. Unfortunately, when people hear about the “Buffett Philosophy” of investing in value-based fundamentals, they frequently forget about the extent to which speculation can skew the stock market away from fundamentals for an extended period of time. Nobody sees the other people who invested in ‘fundamentals’ at the wrong time and went out of business, while another person like Buffett who invests in ‘fundamentals’ at the right time realizes fantastic returns. The past returns of Buffett are of no use to somebody investing today. He will need to repeat that performance for the foreseeable future in order for you to benefit. How many people really believe that fundamentals are driving the current stock market?

Conversely, fragmented markets like real estate regress to fundamentals much more quickly, and are much more difficult to manipulate than the stock market. It is certainly true that some markets get driven by speculation, but this cannot persist for an extended period of time. Local real estate markets always revert to fundamentals precisely because they are fragmented, and the market for speculation is limited.