Booming Rental Market Makes It A Great Time to Be A Landlord, Travel Hacking, & More

In this episode of the Creating Wealth podcast, Jason Hartman took a look at a recent story by the Wall Street Journal that declared people consider renting as a long-term solution for their housing situation. He explained that this is great news for landlords, making it a great time to own investment properties, as it means that there will be upward pressure on rents that benefits every investor due to the booming rental market.

He also discussed the upcoming events on the horizon and explained a helpful travel hack to help traveling to multiple climates be easier than it usually is. Because Hartman had several destinations to reach, one right after the other, he had to develop a clever way of packing for the trips and loosening the luggage burden.

He then played a market profile that producer Adam organized,on the status of the Indianapolis housing market. The profile covered several reasons why the Indianapolis market is attractive to investors, such as the business industries that contribute to the city’s workforce, the economic developments, and the factors that are involved in home renovation and expected rents from tenants.

Hartman begins the episode by thanking listeners for joining and stating that he’d like to talk about a few things. Toward the end of the episode is the Indianapolis market profile, but first Hartman explains that he has been making a good deal of predictions regarding renters and the booming rental market, namely how favorable it is. He states that the next decade is going to be amazing in terms of what landlords can expect.

He notes that he has a clip for listeners to take in, by the Wall Street Journal regarding a recent survey on how it’s becoming more and more acceptable to rent homes. Hartman states that his company and clients love renters and that there is a booming rental market. With the expansion of the pie, it means more profits for investors. He notes that it’s nice to be in a market where as an owner, clients are presenting something with universal need.

He explains that there used to be somewhat of a stigma around renting, and from a personal standpoint, he notes that he used to be a bit of a homeowner snob. He states that when he was a realtor in California, he sold a good deal of homes. At the age of 24, Hartman was ranked the 59th best seller out of all of the agents in the Remax system, containing over 40,000 agents at the time.

Hartman states that Remax used to be where the best of the best agents worked, and while it isn’t a bad company now, it used to be more prestigious. He explains that in Remax, agents used to share costs, which was risky as the agents would have to manage their overhead and only very serious agents were willing to do this. Hartman notes that he was willing to reinvest back into his business, which is what made him so successful at such a young age.

He states that some of the other agents thought that he was cheating the system, due to his success, by cutting his commissions. This was heavily frowned upon at the time, and while he notes that he was not cutting his commissions, he also states that he was quite good at his work and was willing to invest for the long-term. As investors, he says, we will have bumps in the road and we can either look at the short view and demand instant gratification or we can keep our eyes n the ball. Income property is the most historically proven asset class in the world.

Hartman plays the Wall Street Journal clip that explains how affordability is affecting the aspirations of homeownership. The reporter states that 20% of renters say that they have no interest in buying a home, a statistic that’s up from last August at 17% and 13% in 2016. Two-thirds of renters surveyed say that they plan to rent due to financial reasons, another statistic that’s up from 59% two years ago.

The clip also states that their research shows that American women have plans to continue working after their husbands retire in an effort to match their social security benefits. Married couples often choose to retire at the same time in order to travel and spend quality time together, but because many married women are younger than their husbands, they’ve often postponed getting into a career due to childrearing.

Hartman states that the stigma has left, and interestingly enough, it applies to each generation. Millennials are especially willing to rent as they enjoy the flexibility of living in a mobile society, which is a big factor in the booming rental market. He reminds listeners that it’s an amazing time to be alive and an amazing time to be a landlord. 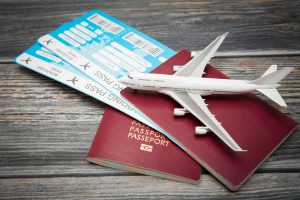 Hartman mentions that there are several interesting events on the horizon, and he will be on his way to Sweden shortly with the Venture Alliance group as well as one guest, Carmen. He explains that this has been a difficult trip to pack for, as he is flying to Sweden, a cold-weather climate, and then back to Florida, a warmer climate.

He states that he has a few things to do once back in Florida, one of which is house-hunting because he’d like to leave Las Vegas but still live in a no or low income tax state. He advises listeners that if they can plan long-term, they should try to get themselves into a low or no income tax state, as we give about 50% of all of the money we make to the government by some tax or other.

Hartman explains that to get around the difficult packing situation, he took a large box of clothing appropriate for tropical weather and shipped it to his hotel in Florida. From there, he plans to pack his cold weather clothes into the same box and ship them back home.

He mentions that he is also attending a Mastermind event in Florida with 30 to 40 real estate investors, as well as flying to Puerto Rico to visit friends of his that recently moved to the area. He states that Puerto Rico has an amazing tax deal, and while he has been to the island a few times, he isn’t a huge fan but wants to give it another look. He’s reconsidering the available tax deal and the possibility of lowering his total tax liability to 4%, something he has discussed in depth on his Jetsetter show, which can be found by searching on Alexa or visiting http://jetsettershow.com/category/podcast/.

The next events to come are in May, with the first Northeastern event taking place in Philadelphia. Tickets are selling quickly, and the event will definitely sell out. For more information, visit www.jasonhartman.com/events. The Philadelphia event is set for May 19th , and then on Memorial Day weekend, the Venture Alliance trip will be held in New York City. Hartman explains that this is the longest seminar he’s done thus far, having conducted it for the past fourteen years. He notes that he has two large banker file boxes full of testimonials about past events.

He explains that for this event, prices are going to go up $50 each week starting this Friday, so there is some urgency to get tickets. For more information, visit www.jasonhartmancreatingwealth.com

Hartman plays the Indianapolis market profile conducted by producer Adam, with an Indianapolis supplier who states that what makes Indianapolis an attractive market for investors is the stability of the area. Indianapolis has been stable for many years and is a great market for cashflow. The city has had steady values and rents for a long period of time, giving it its own booming rental market.

He explains that he and his partner have been in the real estate business for the past twenty years with him beginning his career in 1997 and his partner starting shortly after that. All in all, his team has several hundred years’ worth of real estate experience.

He also states that the average price point for his properties is around $100,000, but also mentions that he has two different price points, one being in the $70-80,000 range which brings in rents in the $700 range. The other price point contains homes that cost up to $120-130,000. These are first-time buyer type homes, usually newly built single-family ranch or two-story homes, as well as some brick suburban homes that appreciate in value better than the inner-city properties. Most of the available properties are at least 3-bedroom, 2-bathroom properties.

When asked about the industries that contribute to the Indianapolis economy, the supplier explains that bio-pharmaceutical companies are an important part of the city’s economy and that these tend to be magnet companies that bring about several others, such as insurance companies and bio-pharmaceutical research companies.

Manufacturing is another important industry in the Indianapolis market, and as a standard city in the Midwest, their manufacturing focus centers around automobile manufacturing.

The third most important industry, according to the speaker, is sports and tourism. Indianapolis has the NCAA headquarters, which provides a good deal of employment to residents of the city, as well as bringing in a lot of tourism. Indianapolis is now the #1 convention city in the country, beating Las Vegas, Nevada.

When it comes to economic developments, the speaker states that normal growth is occurring and states that Indianapolis is still considered an option for Amazon’s second headquarters location.

Sales Force has also acquired the largest building in downtown Indianapolis and plans to bring about 20,000 new jobs. There’s a lot of technological growth and the speaker explains that Indianapolis is attractive for companies with its cost of living being relatively low.

When asked about his properties, the speaker states that all properties go under full renovations and while each property is different, he states that once people see two or three homes, they tend to get bored because the properties look the same. He states that he wants them to be at the same standard for lower deferred maintenance.

He mentions that inspections are performed on the homes twice, and all of the important parts of the home (roof, plumbing, etc.) are checked to ensure they’re in top working order, and the homes are made to look nice and new again.

As for supply, the speaker states that there is at times, an inventory fluctuation, but that usually he has between 10-15 properties available at any given time.

He also explains that there is a good deal of neighborhoods that look good on paper, but getting them to perform well isn’t easy, and for that reason, he tends to avoid those neighborhoods. He notes that he is always available to give perspective on where his company buys and where they avoid, as well as why these decisions are made.

The speaker mentions that his company uses mostly inhouse property managers, and that he has just over 500 doors at the moment. Vacancy rates are about 4%, but he explains that it goes up in the winter and drops during the spring. As far as typical tenants, his company is at the top 5% of rentals because his property rents are over $1,000. He states that he asks for three times the rent value as income, so he houses a lot of families.

He explains that he also does not require maintenance fees from investors and states that he has a great relationship with owners and has never had a problem. He mentions that he doesn’t want to hold onto the owner’s money for them, as they’re usually good when it comes to sending what’s needed.

A good deal of maintenance is done inhouse below market price, but if the need arises for specialized work, his company will use some specialized contractors to get the work completed.