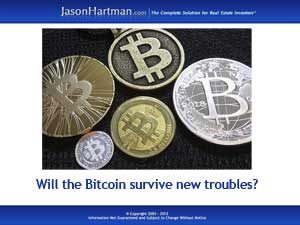 More evidence that the Bitcoin is running with the big dogs of the finance world: the CEO of major Bitcoin exchange First Meta has joined the growing list of suicides and other mysterious deaths that have cast a long shadow over the international financial community since the start of 2014.

Autumn Radtke, the 28-year-old CEO of First Meta, a Singapore-based Bitcoin exchange, was found dead in her apartment in late February. Her death occurred over a month ago, but as other financial professionals took their own lives in a series of strange and dramatic ways, those seeking a pattern in the string of deaths added Radtke’s to the list.

That list includes midlevel-banking professionals from JP Morgan jumping from the roofs of their office buildings, an overdose by a Deutche Bank exec, and various other deaths under somewhat shady circumstances of relatively young financial professionals.

Theories about as to the real cause of these deaths. Some blame the intense pressure of legal investigations into unscrupulous banking practices by JP Morgan, Bank of America and others. Others speculate that these bankers had inside knowledge of a coming financial collapse, with echoes of the Great Depression of the 1930s, which saw numerous bankers leaping from windows and roofs. Still other theories point to the stresses of the fast paced financial world and a culture of success that won’t admit weaknesses such as depression or anxiety.

Though the explanation may never be really known, the inclusion of Radtke in this list puts the spotlight on the Bitcoin once again, and points up the recent struggles of the upstart currency. From its start as a techie experiment to its days as the darling of liberty lovers everywhere, the Bitcoin has fallen on some hard times.

Associations with the drug site Silk Road, repeated hackings and thefts and the well-publicized struggles of Bitcoin exchanges like Japan’s Mt Gox have rocked the Bitcoin world. Countries such as China and Russia have refused to allow Bitcoin trading in their official exchanges, and the cybercurrency’s stock has fallen. It’s also being challenged by a variety of other digital monies with names like Freedomcoin, Litecoin and Dogecoin.

So the more the Bitcoin suffers the same tribulations as other currencies in terms of misuse and theft, the more it begins to resemble “conventional” money. Add to that the arrest of one Bitcoin exchange CEO and the death of another in ways that echo circumstances in the “real” financial world, and it begins to seem that in some aspects – though not necessarily the most desirable ones, the Bitcoin has arrived.  (Top image/Flickr/bitcoinnation)