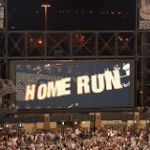 Though Jason Hartman preaches the gospel of single family residential home investing, he doesn’t mind pointing it out when someone scores big in the more dangerous waters of apartment investing. Al Goldstein is a success story who leveraged the sale of an Internet business into a second business that now numbers 7,000 apartment units. Goldstein is Jason’s guest on episode #333 of the Creating Wealth Show.

Al Goldstein is the President of Pangea Properties and founder of AvantCredit. In this interview, Goldstein discusses his real estate investment strategy, and why he focuses so much on the low-income demographic. Goldstein was named as a Top 40 under 40 entrepreneur in Chicago.

Growing up in the Soviet Union in the 1980s, Al Goldstein used to watch government-sponsored cartoons “teaching you to be a good little communist.” But the message never quite caught on in this man destined to be capitalist success story. By age 28, he had built and cashed out of his first entrepreneurial venture: CashNet USA, an online payday loan company he sold for $265 million, just two years after starting it. Now he’s well into building his second business, Pangea Properties, a real estate investment trust that owns 7,000 apartments in Chicago, Indianapolis and Baltimore. Pangea targets lower-income neighborhoods, catering to the same kind of customer whom CashNet specialized in.

Though Jason offers up Goldstein’s story as a true blue American success, he reminds listeners that he doesn’t recommend jumping into apartment buildings right off the bat, especially when it comes to pooled money investments like Goldstein organized to fund his acquisition frenzy.

Let’s review why Jason repeatedly reminds people of his third commandment, “Thou shalt be a direct investor.” Once you relinquish direct control of your money, allowing a fund manager to make decisions about it, you put yourself at risk of the manager being a crook, an idiot, or liable to charge neverending management fees that cut into your profit. This is not to cast aspersions on Goldstein; he seems to be running his fund the right way. Keep in mind that not everyone does.

Half joking, Jason suggests that if you’ve fallen in love with the pooled money concept you should start your own fund rather than invest in someone else’s.

The First Round of Apartment Investing

Was Al Goldstein lucky or stupid? Jason and Al bandy the point around for a few minutes because the man bought his first round of apartment buildings smack dab at the bottom of the worst housing market and overall economy since the Great Depression. 2007 was the beginning of the Great Recession and when Goldstein began thinking about acquiring small apartment buildings on the southside of Chicago.

He had just sold his first business, an online loan company targeted at the working class, for a sweet $265 million. In October of 2008, when the housing market was beset by foreclosures and bank failures, he bought his first property. Though many people thought he had lost his mind, to be buying into a tsunami of financial disaster, he firmly held to his belief that it was all an overreaction, and the rubber band would soon snap back into balance.

Goldstein’s thinking was actually much like what you’ve heard Jason mention on Creating Wealth over the years. When all is considered everyone needs a place to live. That’s the bottom line. The first buildings he bought for cash, a practice Jason doesn’t recommend, but he could understand Goldstein’s thinking. If you own the building and are able to generate cash flow from it, your downside risk is severely limited.

Goldstein’s company was able to buy 10 apartment buildings with 10 units each in 2009. All was well and good except he saw even more opportunity and didn’t have the capital to pay cash for all the deals that were landing on his desk. He needed investors. He wanted to create a private equity real estate fund in order to ramp up his purchasing power.

His original group of investors seemed like a likely target. They had financed his first round of buying and enjoyed nice returns for their risk. Maybe they would like to re-invest in the same game. Goldstein himself was also willing to put his own money into the fund.

The Sky’s the Limit

After filling his fund up with fresh capital, Goldstein’s team put in place a plan to purchase 2,500 units within the first twelve months of a three-year plan. The further goal was to own 50,000 units by 2015 and to keep growing bigger and better after that.

Jason’s targeted questioning allowed Goldstein to reveal the process he uses today. Rather than buying a single, or even a handful, of apartment buildings, he buys large portfolios with hundreds or thousands of properties contained within. Most are bank-owned buildings that have been foreclosed upon. Since Goldstein’s goal is not to shepherd thousands of buildings through the foreclosure process, he tries to work out deals where the tenants will turn over the keys and walk away, leaving Goldstein’s group with the property.

Doing Good Things on the Southside

What sets Goldstein’s approach apart from so many others is that, though he focuses his buying in low income areas of large cities, he’s no slumlord. In fact, his goal is to spend at least as much in improvement on every property as what he paid for it. It’s not unusual for him to take a dilapidated property that has sat vacant for ten years and turn it into a place that blue collar workers are proud to call home.