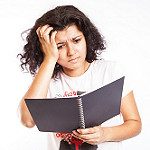 Libertarian thinkers gather ‘round! Professor Benjamin Ginsberg joins Jason Hartman on episode #344 of The Creating Wealth Show to discuss the rising cost of college education and the marginalization of citizens current American politics. Ginsberg is the David Bernstein Professor of Political Science and Chair of the Center for Advanced Governmental Studies at Johns Hopkins University.

Benjamin Ginsberg is also notable for his criticism of American politics in which citizens find themselves marginalized as political actors and political parties weakened while state power has grown. His assessment of the futility of voting, along with his notion that the public has an illusion of control over government has (unsurprisingly) caused controversy.

Academia Creates its Own Inflation

To anyone who may not have been paying attention, college tuition has risen at a rate two to four times greater than national inflation in recent years. The sad part is that this rising cost of college education is no accident. On the contrary, it has been a careful calculation by higher education. Follow the process.

Since student loan debt is not dischargeable in bankruptcy, Ginsberg considers the current student loan process to be as great a fraud as some of the most well known Ponzi schemes. To his way of thinking, the loans are made under false pretenses, sold to naive students as the “ticket” to a life of comfort and leisure. The deception lies in the value of the loan and should qualify as predatory lending, according to Ginsberg. Students are graduating with more debt than even five decades of work could pay off. Is this good value?

In today’s higher education, Ginsberg points out that administrators outnumber teaching faculty members by a 2:1 ratio. You read right. There are twice as many administrators as teachers. Ginsberg says that the optimal ratio would be the reverse. There should be twice as many faculty as administrators. Especially problematical are rising costs of a college education at state supported schools. Everyone knows and understands that Ivy League institutions like Harvard or Yale can charge a fortune and, like buying a Cadillac, a certain number of people want to pay whatever the cost is for the name alone.
But how do state-supported schools justify charging $12,000 – $15,000 per year? Ginsberg doesn’t think they can. He believes students at such schools are being grossly overcharged. And of this overcharge, 35 percent is attributable to bloated administration.

Tenure: The Good and the Bad

Most people have at least a passing familiarity with the primary hazard of granting tenure to faculty. Namely, that it is almost impossible for a college or university to fire a bad professor. As a libertarian, one would think Ginsberg would hate the idea of being forced to retain a poorly performing teacher, but you would be wrong.

Trumping that idea is his belief that American campuses are still one of the remaining hotbeds of thinking, innovation, and ideas – both good and bad. A faculty needs to be free to voice opinions without fear of losing his or her job. Eliminating tenure might also have the effect of suppressing freedom of speech as well as the ability of faculty to shape the college’s mission. It’s all about checks and balances.

How Bad is Our Inflation?

Ginsberg is quick to chime in on one of Jason’s favorite topics. Inflation. The professor believes that inflation has become so pervasive in the American economy that we have taken on some of the attributes of a third world country. He lists some factors: paying back debt with debt; weakening currency; greedy politicians focused on self profits; fixes targeted on ridiculously short time horizons.

What’s a well-meaning citizen to do? First of all, Ginsberg says don’t believe anything a politician says. It’s that simple. They all lie. Embrace cynicism as a way of life. He calls upon the citizenry  to embrace “cynical realism” as a way to bring about meaningful change.

Ginsberg harkens back to ancient Greece to illuminate our present difficulty of non-participation in public life. We all have a responsibility to learn about economics, history, and politics in order to contribute intelligently to the public discussion. To not do your part in the public arena in Greece resulted in being branded an “idiote.” Hmm, that looks suspiciously like our modern word idiot…why, yes…yes, it does. Make of that what you will.

Specifically, Ginsberg urges you to support politicians who want to eliminate unnecessary programs, reduce borrowing, and cut spending. Be active and cantankerous in your contribution to public affairs. Organize! Social media was made for this.

Our country has taken a turn for the worse but every country experiences ups and downs. We can still turn this bus around. (Image: Flickr | CollegeDegrees360)

How Pirates, Dreamers, and Innovators Create Markets
How to Plan a Successful Retirement