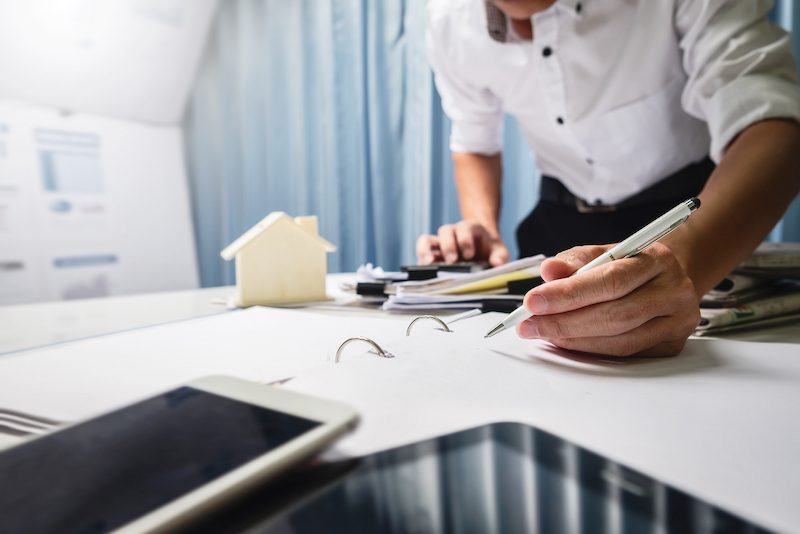 In this episode of the Creating Wealth podcast, Jason Hartman invited Rich Dad Advisor Garrett Sutton back onto the show for an in-depth discussion about asset protection strategies. He stated that he wanted to make sure that asset protection methods were understood by investors, because poorly protected assets can be detrimental to your portfolio.

Sutton, an attorney and speaker at the Meet the Master event for the past three years discussed the topic of asset protection strategies briefly at the most recent Meet the Masters of Income Property event less than two weeks ago, but many attendees felt that he needed more time to cover the topic, so he is returning to the show to cover the discussion.

In this episode, the two discussed the differences between inside and outside attacks on LLCs as well as covering what states have weak and strong LLC protections.

The Impact of Controlling the Money

Rich Dad Advisor Garrett Sutton is an author of several business and financial books, as well as an attorney. He has been a speaker at the Meet the Masters events for the past three years. He returns to the show to discuss the topic of asset protection strategies in more depth than he was able at the most recent Meet the Masters event due to his speech’s time limit.

Hartman mentions that there are a lot of questions and misconceptions about the topic of asset protection and he explains that this is one of the reasons why Sutton is going to expand on his Meet the Masters speech.

In mentioning that there are a lot of options regarding investment, Hartman is reminded of a quote by one of the members of the Rothschild family, an extremely wealthy group of people who started modern banking. It’s not easy to determine their true net worth, but Hartman states that he’s heard that it’s up in the trillions of dollars.

The quote is, “Give me control of a nation’s money, and I care not who makes the laws.”

Hartman explains that this means that when a person or small group has control of the money supply, it’s the context for life in general. Money is largely important in society, important especially in areas in which it works, and although it isn’t everything, it means a lot.

Sutton states that the quote is both sophisticated and creepy, because the Rothschilds seem to both believe in a way and act in a way that supports the quote. They control a lot of central banks, although it isn’t certain how many.

The Impact of Music

Hartman explains that this family is responsible for many wars and many laws, and he wants to take the quote to a more positive level. He mentions that he and Sutton met Ringo Starr, former member of the Beatles, and it influenced Hartman to develop the quote into, “Give me control of the music, and I care not who makes the laws or controls the money.”

Sutton points out that this may be where the happiness quality comes from. Music makes people happy, as there is an energy to it much like there’s an energy to money.

The two agree that the music industry has been behind several societal shifts, including the influence of Elvis Presley, the Beatles, and artists from the classic rock genre. Hartman mentions that people talk about how society is going down the tubes, and that we’ve lost the culture war, and it may have started in the 1990s around the time Seattle grunge music became popular.

MTV at it’s best had the power to reach the entire world. Hartman states that both he and Sutton have traveled to many different countries and kids around the world tend to dress the same because music reaches everywhere.

Sutton states that music before the 1990s was easier to listen to, noting that his kids are in their early 20s and late teens, and they still listen to “older” music. His kids and many others will admit that Sutton’s generation of music was better than the music of today. Sutton’s kids love the Beatles.

Hartman agrees that many millennials love the Beatles, and that he was actually considering a Beatles cover band for the Meet the Masters event, but ultimately chose the Journey tribute band instead. He mentions that there might be a Beatles cover performance at a future event.

Sutton states that he enjoyed meeting Ringo Starr and having a talk with him, agreeing with Hartman that he looks great for a rockstar because he doesn’t use drugs or alcohol anymore, eats a vegetarian diet, and goes to the gym every day.

Hartman states that there is another big event coming up on his radar. He is planning to visit Sweden’s Ice Hotel for the Venture Alliance trip this year, in the first week of April. For more information about the hotel, visit www.jasonhartmanicehotel.com. Hartman mentions that he can’t wait to sit in a hot spa at night and look up at the northern lights, hoping they’ll show up during the visit. The trip needs a few more people to participate.

Referring to complicated times, Hartman mentions that people make a lot of mistakes when it comes to asset protection strategies. They tend to have questions about what happens if a tenant sues them, what happens if they’re sued for a car accident that’s above their insurance limit, and what happens if, as a doctor, they’re sued for medical malpractice. People are concerned about losing their properties and often, they don’t know the difference between internal and external threats.

Sutton offers to explain inside attacks first, citing the slides available for download that are present on this episode’s landing page, at the bottom of the page below the show notes.

When Hartman asks about the significance of California in this slide, Sutton explains that inside attacks apply to all fifty states. If a tenant sues, they can get what’s inside the LLC. An outside attack is different, for example a car accident. This has nothing to do with real estate in California, but if an owner is part of a car accident and has car insurance rates that aren’t ideal, a lot of damage can result from the wreck. 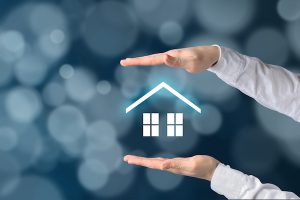 Hartman explains that a good deal of his listeners don’t live in California and don’t have anything to do with the state, but mentions that the state truly does have bad asset protection aside from being over-taxed, over-crowded, and overrated. There are over 40 million people living there, but it still has bad asset protection. It’s a great place for the plaintiff, but a bad place for a defendant.

When the outside attack comes, the tenant will try to get to the Wyoming LLC, but Wyoming doesn’t allow that the way that California does. Wyoming has a charging order. This means that the victim is entitled to distributions but can’t force sales on the properties. Usually, Sutton explains, attorneys do not want to deal with monitoring distributions.

He mentions that he advises clients to have good insurance, but also states that in these cases, attorneys don’t usually know how to burst through the Wyoming LLCs. It’s not as simple as processes in California.

Sutton explains that even investors that do not live or operate in California can still learn valuable information about the slides and processes of asset protection. If an investor lives in Oregon with an Oregon LLC, he could still have the Wyoming LLC protecting their out-of-state LLCs.

Hartman mentions that California is an example in this situation. He asks if, for example, an investor lives in California or New York, two weak states, and owns properties in Tennessee, Texas, Georgia, or Indiana, would it be wise to set up a Wyoming LLC to domesticate the others.

Sutton states that he will explain that situation in Slide 5, but refers to Slide 3 first to explains situations involving California residents more thoroughly.

Sutton explains with Slide 4, with a Wyoming LLC, an investor can assert that Wyoming law applies because the certificates are held in that state. His business will hold certificates for their clients in Wyoming, because if investors live in California and hold their Wyoming certificates in California, a court could say that it’s personal property in the state. An attorney could possibly reach it and gain control of it.

Sutton states that his strategy is to hold the certificates in the state of Wyoming because if the California courts want it, they have to go all the way to Wyoming to reach it. In this case, Wyoming law apples.

He explains further that this strategy would be ideal for someone who lives in a state with weak asset protection. If you live in Texas and you want to hold your certificates, you don’t need the Armor 8 protection, because Texas is not a weak state for asset protection.

He states that the Armor 8 strategy mentioned above is only recommended for states with bad asset protection. It only costs $75 per year, and it’s offered because Sutton’s firm wants to protect clients. If an attorney in California is coming after them, that attorney has to go all the way to Wyoming to access the certificates, and many will be put off by it because it isn’t easy money.

Sutton states that it’s important to know that the laws involving LLCs are still developing, as LLCs have only been around for the past forty years. With the economic collapse in 2008, banks were going after LLC interests and there are not cases on all of these issues to establish certainty.

Sutton explains Slide 5 with another example, returning to Hartman’s question. In his example, there are Utah properties in a Utah LLC, and Florida properties in a Florida LLC, and they’re both owned by a Wyoming LLC. If someone sues in the car accident situation, they might want to get at the properties. To do so, they’re going to have to fight with the Wyoming LLC. The state will allow the tenant to have distributions, but cannot force sales.

If the tenant won’t be paid in a reasonable time, they could go in and foreclose on the interest, Sutton says. He mentions that part of him thinks it fair that there was a car accident that Joe was at fault for, the victim should be entitled to foreclosure, but he also wants to protect his clients’ interest.

In closing the podcast, Sutton cites a real case involving a car accident. The victim wanted the interest in the Wyoming LLC and there was an option to settle for a discount, but rather than settling at a discount, the investor and victim were able to settle for ten cents on the dollar. Everyone moved on, and the cause of the accident, Joe, was able to keep his properties.