Amid Solid Growth in Employment, Texas Seems Poised to Outperform the National Economy 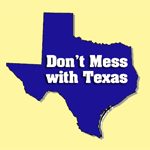 DALLAS — The state of Texas prides itself on leading the nation out of recessions.

That didn’t happen last time. From 2001 through 2003, the state lost a total of 136,000 jobs, essentially mirroring the dismal performance of the overall U.S. economy.

Now, the Lone Star State is riding high again. Texas, the nation’s third-largest state economy, created 293,000 net jobs last year, its highest total since 1998, according to an analysis by the Federal Reserve Bank of Dallas. The state’s 3% job-growth rate was double that of the U.S. as a whole. And Dallas Fed economist Fiona Sigalla predicts …