After the Lawsuits, Banks Try a New Tack 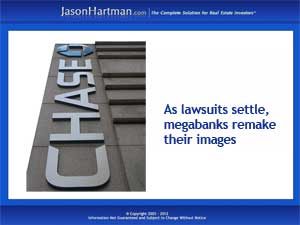 It’s the kind of publicity Bank of America doesn’t need right now: a German –born intern at one of the bank’s London branches died after a long stretch of workdays without a break. So BofA, like other scandal-plagued US megabanks – is mounting new efforts to clean up an image tarnished by a run of very negative publicity.

After the financial collapse of 2008, lawsuits pressed by the US Department of Justice, various attorneys general and consumer advocacy groups began to reveal the scope of financial malfeasance on the part of institutions like BofA, JP Morgan Chase, and Citigroup – misdeeds that led to the meltdown and abused customers and fellow institutions afterward.

Settlement after settlement followed, with legal fees for Bof A alone totaling over $40 billion. Charges included fraudulent foreclosure processing, stalling loans, and manipulating international interest rates. JP Morgan Chase ran into another set of difficulties in its Asian branches over energy securities and came under fire for not practicing not hiring enough nepotism.

All of that turmoil led to the creation of more stringent lending laws, just implemented this year, that tighten the standards for making loans in an effort to rein in the kind of unbridled lending that led to the collapse. Now, loans that meet the new Qualified Mortgage Rule standards are protected from legal action in the event the loan goes bad. Banks are still free to make those riskier loans to subprime lenders – the kind that led to the housing crash – but they aren’t covered if those loans collapse.

In this kind of atmosphere, BofA, Chase and others like it have launched major publicity efforts to court new customers and present a new image to the public: caring, concerned, responsible. But as new allegations continue to surface, along with stories about the banks’ internal politics and treatment of its employees, that image continues to be something of a hard sell.

In depositions, Bank of America’s mid-level and junior staff revealed that they were told to stall certain loan applications, ignore others and fake signatures on foreclosure paperwork. Employees at BofA, Wells Fargo and Citigroup were offered rewards and incentives for getting the most loans through – and the most foreclosures done on the other end.

So it’s not surprising that damage control is in order in the wake of the death of Moritz Erhardt, the BofA intern who worked seven straight days and died of a seizure related to lack of sleep. The company swiftly moved to issue directives requiring everybody to take weekends off and use their vacation time. Those instructions were made available to the public, too, as part of the bank’s efforts to rehabilitate itself.

As interest rates creep up as the Federal Reserves stimulus program winds down, and fewer loan applications are approved thanks to the new regulations, it may take some time to woo back public confidence and the trust of fellow financial institutions. But industry watchers are waiting to see if the mortgage industry’s struggles to present a new, clean image (even if it is enforced by new regulations) could bring any substantial benefits to its customers, including investors looking for financing for income property as Jason Hartman advises. (Top image:Flickr/theconsumerist)

Schell, Eric. “Why is Bank of America Forcing Its Employees to Take Vacations?” The Cheat Sheet. CheatSheet.com 11 Jan 2014.

Don’t Get Stalled on the Information Highway