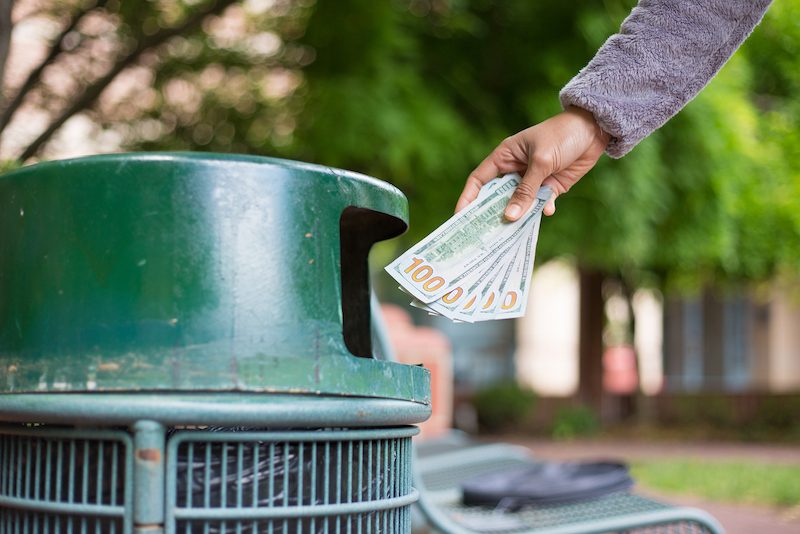 Nevertheless, “We as a country are in a mess—we have spent way too much money,” Hartman concludes in a recent episode of his “Creating Wealth” podcast show.

“Ronald Reagan used to say, ‘To say the government spends money like a drunken sailor is an insult to drunken sailors.’ Reagan had a lot of great quotes. The question is, ‘What do we do now, what can we do as a country as a nation to get out of the mess we’re in?’ What do we do?”

Well (which Reagan also said a lot), Hartman, as the real estate investments expert he is, has identified six ways that we can shed wasteful government spending.

Those six ways are:

“We have all of this debt, we could just default,” Hartman tells podcast listeners. This would be saying “no” to Japan and China and other countries to whom we owe money, plus all of the people and companies in our own country to whom we owe. We also would be abandoning our entitlement obligations, meaning Social Security and the like, “which are much, much bigger than the debt.”

“That’s what … a $220-trillion time bomb of entitlement obligations that simply cannot be paid?” Hartman asks. “To put in perspective, just know the country’s gross domestic product annually is somewhere around $18 trillion, and if we have to pay $220 trillion over the next 15, 20 years, obviously this math doesn’t work.”

The tax revenue is dramatically lower than all of the debt we have incurred, so “the idea of taxing our way out of it is very, very unlikely,” Hartman says.

“Even if you taxed everybody at 150 percent, it wouldn’t work. There simply isn’t enough money. The first two options are to default on our obligations, which would be very politically unpopular, and probably would create multiple wars, and it would not be good, and the other option is to tax our way out of it. That’s impossible.”

“We could sell stuff off—sell off assets the country has. Many of our roads now are owned by businesses or governments in foreign countries, literally. I remember a few years ago they wanted to sell the ports to Dubai. It was in the news. It didn’t happen, but it was talked about.” 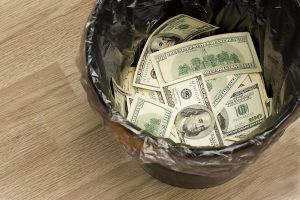 George Washington, when he was leaving office as our first president, said we should avoid foreign entanglements and try to stay out of everybody’s business as much as possible, Hartman notes. “In a connected world, it is impossible to do that. As a philosophy as much as possible, let’s just stay out of all these dumb wars. The old saying: ‘You gotta pick your battles.’

“We could have a yard sale, we could sell something off. We were selling military equipment to our archenemy for so many years, when he was alive—we just had started this—selling military hardware to (Libyan ruler Moammar) Gadhafi, our archenemy. He’s blamed for the Lockerbie, Scotland bombing of that 747 where everybody died.”

“It’s crazy how the world works.”

4) We Could Become Piratical and Steal From Other Countries

“We could just pillage,” Hartman says. “We could rob other countries of their assets. You heard a lot about this during the first and second Gulf wars, ‘We’re in Iraq to just steal their oil,’ right? If everybody’s gonna blame us for it, I wish we had actually done it.”

Napoleon during the French revolution is “a great example” of countries robbing their way toward wealth. “Napoleon was really just a burglar with an army,” Hartman says. “He used to invade countries to steal their wealth, that’s what he did. Militaries are used to steal. That’s one thing they do.”

“But there’s a softer version of it, and I interviewed him on the show, John Perkins. He wrote a great book called ‘Confessions of an Economic Hitman,’ and he talked about how he worked for this consulting firm that was hired by the U.S. government to go in and negotiate with foreign leaders about making deals with them.”

“Saudi Arabia, when it was just a desert wasteland—we basically made that country incredibly rich by the economic hitman deal we made.”

5) On a More Positive Note, We Could Become Technologically Innovative

Hartman admits that his first four ways of getting out of our wasteful government spending mess are all “negative things.”

“But a positive way we could get out of this mess is through technology innovation—energy, biotech, nano-tech, 3D printing,” Hartman says.

“Maybe there will be some America-centric, big innovation, or many big America-centric innovations, that will create tons of wealth for the country, and in so doing create a lot of tax revenue for the government. And, if that happens, possibly we could essentially grow our way out of our mess.”

“But it’s super unlikely because the numbers are so big and ominous. When you’re looking at $220 trillion-plus, it’s pretty hard to imagine that.”

6) Continued Use of Inflation Our Most Likely Way Out

“I believe the most likely way we will work ourselves out of the mess is that we will inflate our way out of the mess,” Hartman says. “Using inflation as a tool to avoid repaying debts and to avoid paying obligations is really a fantastic business plan for governments and central banks around the world. And certainly many governments throughout history have done this, and many are doing it today.”

A few key differences, though, are that the United States brandishes the reserve currency of the world; it possesses the world’s largest economy; and, “don’t underestimate this,” it boasts the biggest brand.

“It’s a brand that stands for freedom and opportunity,” Hartman says. “And we can certainly argue that that brand has been tarnished and diminished and I would agree, especially with the government spying on us and so forth.”

“But still, in comparison, America is a pretty good place. A lot of people around the world still want to come here. They may talk out one side of mouth and say they hate America and America is throwing its weight around world, but on the other side, they’re saying, ‘I’d love to come there.’”

“The American geography has really allowed it to be very safe. It has a very secure geography with oceans between it and the rest of the world.”

“Poor, poor Kim Jong Un in North Korea: He’s really struggling to get a missile to come all the way here, to those ‘evil American oppressors.’ He’ll probably one day pull it off. Hopefully, he won’t.”

Europeans are susceptible to all kinds of problems because of their geography, and “we’ve seen that throughout history,” Hartman adds.

“And that is basically the definition of inflation.”

Why the Inflation Way Out Would Be Good for You, the Investor

Inflation, Hartman says, “is our friend as a real estate investor.”

“Getting excited about the government’s mismanagement of our money is a pretty big thing to be excited about,” he snidely adds.

To understand inflation when you’re investing in real estate, you need to distinguish between “real and nominal” and “price and value,” Hartman says.

To illustrate his point, Hartman pulls a dollar out of his wallet.

When the Federal Reserve was created just over 100 years ago, as a result of a secretive meeting a few years earlier at Jekyll Island, Georgia, the dollar was called just that—a dollar. “Yet the value of this dollar is only about four pennies versus what it was back then,” Hartman says. He then rips a tiny piece from the dollar he is holding to illustrate the real value of the bill.

Though it can be a friend to you as a real estate investor, Hartman admits that inflation also is “the insidious hidden tax that is a pickpocket.”

“But thankfully, it also destroys the value of debt,” Hartman says. “That’s why it’s a home run for us (as investors). Because we love debt. Debt is our favorite four-letter word.

“But it really does make sense, as long as the debt follows rules,” Hartman adds. “It’s not consumer debt, it’s debt against assets that produce income, or produce wealth in some way, at least, and it’s long-term, low-interest-rate, fixed-rate debt, investment-grade debt.

As a follower of Hartman, you know that he long has stressed that when you invest in a mortgage for a single-family home, your debt works to your benefit. The bank requires you to put 20 percent down, but you can finance the remaining 80 percent of your loan by renting the property to a tenant, effectively outsourcing the debt obligation to someone else. And if you get that tenant to pay a little extra a month you get something called positive cash flow.

How does inflation redistribute wealth from lenders to borrowers?

“But your tenants pay it back in cheaper dollars on your behalf. Your tenant is like your representative that pays your loan back for you. So that’s a pretty great deal for a borrower.”

How does inflation redistribute wealth from old to young?

“Old people have assets usually, hopefully, and young people have debts, and so that’s how it’s just distributed through the generation,” Hartman says. “It’s redistributed from old to young, and it’s totally unfair. Old people did the right thing, delayed gratification, saved money, invested, they did all the right stuff.”

“They got totally screwed by the system.”

Many of us probably had parents and grandparents who talked about money while we were growing up, and they told us, “don’t have debt, debt is bad.”

However, Hartman says, the rules of that game changed in 1971 when we went off the gold standard.

How did the rules change then?

“Then inflation, we saw in the ’70s, went crazy. And inflation has been really going crazy since then, most of the time. Government just figured out ways to manipulate numbers to hide it from us.”