4 Reasons to Consider a Self-Directed IRA 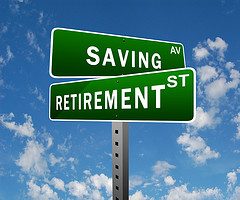 Individual Retirement Accounts, commonly referred to as IRAs, are a pretty big deal in the retirement industry. This financial vehicle has been around for nearly forty years now and Americans have almost $5 trillion stashed inside them. An IRA account has become such a ubiquitous part of the landscape that too many people mindlessly dump funds in them without stopping to consider whether a sufficient bang for the buck is being delivered. Maybe it’s time to consider a self-directed IRA.

Make no mistake, we think IRAs in almost any form are a GOOD deal, especially when one takes into account the tax advantages. Any time you can stave off Uncle Sam’s grab into your pocket, it’s a good thing, but the truth is that the run-of-the-mill account might not be your best choice. The traditional IRA, we’ll call it a mainstream IRA, typically holds stocks, bonds, and mutual funds. An enterprising fund manager might venture into alternative investments like real estate, precious metals, or tax liens, but by and large he’s going to stick with what he knows and not rock the boat.

To backtrack slightly, most people don’t choose the exact investments that go into their account. Fund administrators generally hire an investment “expert” whose job it is to choose the precise mix of investments for the IRA. It’s generally lesser known that the IRS has made it perfectly legal to invest in a self-directed IRA, one in which you choose the investment, and find yourself no longer at the mercy of a third party plan manager.

Before we go any further it should be noted that not everyone is cut out to open a self-directed IRA. If you hate researching investments, and would rather turn over the responsibility to someone else, you should stay away from the self-directed option. It doesn’t make you a bad person. As Clint Eastwood said in Dirty Harry: “Every man’s got to know his limitations.” This goes for every woman as well. If you don’t like thinking about investments, don’t try to do this yourself!

But if the idea of stepping outside the norm and possibly generating a larger retirement nest egg for your Golden Years in the process tickles your fancy, keep reading. The following four reasons to consider opening a self-directed IRA might be a profitable use of the next few minutes.

Broader Selection
Technically, a mainstream IRA isn’t necessary limited to stocks, bonds, and mutual funds. That has simply become the fallback position through practice. The reality is that most fund managers are either too ignorant or fearful to venture into the world of alternative investments. As a self-directed IRA account holder, you can invest in almost anything: real estate, tax liens, collectibles, precious metals. While the majority of self-directed IRAs focus on real estate, there are few limitations if you wish to branch out into other areas.

Control
If you’ve been following Jason Hartman’s investing advice for any length of time, you might recall that one of his Ten Commandments of Investing is to “retain control.” The reasoning is quite simple. No one cares more about your well-being more than you. Any time you relinquish control of your investments, you risk putting a layer of indifference between you and the absolute best return on investment available.

True Diversity
Though fund managers will talk until they’re blue in the face about how you must diversify your investments through a structured division between stocks and bonds, they ignore the fact that both fall into the broader category of securities. To truly diversify, you need to be able to plow some money into an asset not related to the stock and bond market at all. This is why many people gravitate towards real estate investing. Whether up or down, it moves to its own drummer, independently of the stock market.

Stock Volatility
It’s no secret that the stock market has been through a period of extreme volatility in recent years. Maybe, in the overall scheme of things, it’s just a phase, but maybe it’s not. Some economic analysts have made the point that the 24/7 news cycle has created an increased market volatility (due to speculators) that is here to stay. Toss in the millions of investors now buying and selling online and it’s not too far a reach to think that schizophrenic stock price movement is the new normal.

When you take into account how easy it is to open a self-directed IRA, there’s really nothing holding you back. Keep in mind that you still have to retain an approved third party administrator to conduct buying and selling on behalf of your IRA. Your local bank representative should be able to provide guidance on that.