How Will 3D Printed Houses Affect the Real Estate Market? 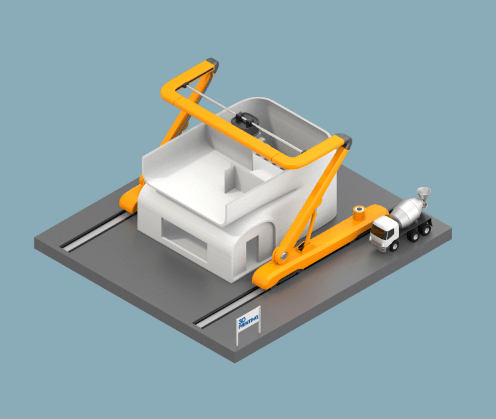 The Origins of 3D House Printing

It is hard to trace back the exact origin of 3D house printing given that many contributors and inventors were working independently.

For example, Dr. Behrokh Khoshnevis of the University of Southern California reportedly came up with the concept of 3d printed houses in 1994 while repairing cracks in his house following an earthquake.

Jarett Gross says that the claims of a $10,000 house were fabricated by journalists and does not reflect reality. It is unlikely that the structure alone can be built for $10,000 at this time and that doesn’t even include the essential components of a house such as electrical, plumbing, roofing, windows, carpeting, etc.

Chinese companies are working on several interesting 3D printing projects. One of the leaders in this industry in China is a company called Winsun and they are working on both single-family homes as well as larger buildings. Other interesting projects are from the Chinese University of Hong Kong and the Shenzhen Institute of Information Technology.

Jarett Gross says some of the benefits of 3D printing are a faster construction time and lower labor costs. A house can be printed with a small team of 2-3 people which is much smaller than what is needed for traditional home construction.

It only takes 2-3 days to print the entire house, and the 3D printing technology allows for a lot of customization and flexibility.

Some of the major advantages of 3D printing for housing are:
-The ability to build custom home shapes and sizes.
-The ability to integrate 3D printers in the building process.

One of the major concerns is that concrete is prone to cracking and builders are looking for the ideal mixture of materials to minimize cracks.

Another challenge is that excessive rain or wind can damage the concrete because it does not harden right away when it is printed. Many companies choose to build a structure around the printer to protects the building but it adds additional cost.

Other concerns are that the money saved on labor by using 3D printed components do not outweigh the cost of the printing technology and the infrastructure needed to support it.

Another method for 3D printed houses is to print the components in a factory and truck them to the build site. A company called Fastbrick Robotics prints bricks that can be transported to a site where a robot arm lays the bricks down in the desired pattern with indents for the wiring and plumbing.

When Will 3D Homes be Commercially Viable?

Jarett Gross explains that it is not feasible to print single homes currently due to the high costs of renting a 3D printing machine, however, a larger project of many homes could be commercially viable if materials are purchased in bulk. The 3d printers are also very expensive to buy or rent and they are currently in short supply.

Some estimate that houses can be printed at 10-12 times cheaper than traditional methods, ultimately reducing the cost of ownership.

How Will 3D Print Homes Affect the Real Estate Market

If 3D printed housing becomes popular, you can expect land prices to increase from the surge in demand for land. People may want larger homes because they can more space for the same price.

There could also be a displacement of workers in the construction industry which could increase the unemployment rate. However, electricians, plumbers, and other skilled professionals may still be needed.

There are many factors that need to be taken into account when predicting how 3D printing will affect the housing market, such as: What percent of owners will want to live in a 3D printed house? Who will want to buy one?

You can learn more about the current state of 3D house printing technology in our video interview with Jarett Gross on YouTube.

The Problem With Hillary with Edward Klein

Cheney One on One by James Rosen

Jeffrey Lord on What America Needs