CW 210: Creation vs. Evolution with Dr. Geoffrey Simmons of the Discovery Institute Center for Science & Culture 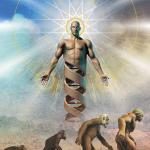 As is customary on every 10th episode, Jason Hartman, your host, takes on a non-financial topic as he talks with Dr. Geoffrey Simmons, a physician who is Board-certified in Internal Medicine and Disaster Medicine. He has a B.S. in Zoology and has completed the course work for a Masters degree in Microbiology.

As a Fellow with the Discovery Institute Center for Science and Culture, he has studied the theory of evolution for over forty years. For thirty of those years he was an ardent supporter of Darwinian ideas. Now, however, the data supporting this theory scientifically untenable. As of this date, his seventh book, What Darwin Didn’t Know, is in its sixth printing and his eighth book, Billions of Missing Links, is in its second printing. Both books show how the incredible complexity of the human body and all other living beings cannot have come about through evolution. Some reviews:

“A well-researched and open-minded analyses.” — Stephen Meyer, PhD, Dir. of the Center for Science and Culture, Discovery Institute

“You’ve posed all those “break-down complexities” that Darwin worried about, and you’ve done it with flair!” — Jody Sjogren, Illustrator for Icons of Evolution

A wonderful book…clear and accessible to the nonspecialist — John Patrick, M.D., Prof. of the History of Science, Medicine and Faith, Augustine College, Ottawa, Canada.

Geoffrey Simmons is a rarity (referring to the types of books written). His book holds evolution, as he sees it, to the standard of scientific observation and finds evolution lacking — Dan Hays, Salem Statesman Journal, May 20, 2007
Dr. Geoffrey Simmons focuses on the millions of structures and systems on the Earth that came about all at once, entire…with no preceding links, no subsequent links, no “sideways” links.

the hummingbird and its circulatory system
insects and insect–eating plants
the role of the thousands of species of viruses
chemical signals and the sensory apparatus that detects them
the self–regulating capacity of the Earth’s ocean/air/soil system
It’s clear: Nature containsonly leaps, not links. Only the intelligence and purpose of an all–powerful Designer can explain the intricate creatures, connections, and “coincidences” everywhere.

We’ll be back to our usual investing, business and financial topics in the next episode #211. Be sure to join Jason and his team for the upcoming Phoenix Foreclosure Tour http://jasonhartman.com/store/events/ where we’ll explore distressed property / REO opportunities and enjoy first-class accommodations at The Ritz Carlton Hotel in The Biltmore area of Phoenix / Scottsdale, Arizona.