CW 196: Ronald Reagan & Mortgage Planning with Ric Edelman Author of ‘A Tale of Two Brothers’ & ‘The New Rules of Money’ 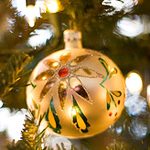 Jason Hartman welcomes Ronald Reagan to the show to share a moving Christmas story. Next, some mortgage financial planning illustrated by “A Tale of Two Brothers” by Ric Edelman who has educated his clients for years on the benefits of integrating their mortgage into their overall financial plan.In his book, The New Rules of Money, Ric tells the story of two brothers, each of whom secures a mortgage to buy a $200,000 home.

Each brother earns $70,000 a year and has $40,000 in savings. The first brother, Brother A, believes than half the nation’s banks failed and millions of homeowners, unable to raise the cash they needed to payoff their loans, lost their homes. Out of this the American Mantra was born: Always own your home outright. Never carry a mortgage. The reasoning behind America’s new mantra was really quite simple: if the economy fell to pieces, at least you still had your home and the bank couldn’t take it away from you. Maybe you couldn’t put food on the table or pay your bills, but your home was secure.

Since the Great Depression laws have been introduced that make it illegal for banks to call your loan due. The bank can no longer call you up and say, We’re running a little short on cash and need you to pay off your loan in the next thirty days.Additionally, the Fed is now quick to infuse money into the system if there is a run on the banks, as we saw in 1987 and Y2K. Also, the FDIC was created to insure banks. Still, it’s no wonder the fear of losing their home became instilled in the hearts and minds of the American people, and they quickly grew to fear their mortgage. In the 1950’s and 60’s families would throw mortgage burning parties to celebrate paying off their home. And so, because of this fear of their mortgage, for nearly 75 years most people have overlooked the opportunities their mortgage provides to build financial security.