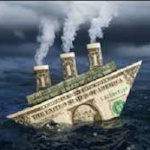 This episode of Flashback Friday was originally published: February 20, 2014

The tables have been turned on Jason Hartman during Episode #362 of The Creating Wealth Show. Normally Jason asks the questions, but today, host Kerry Lutz of the Financial Survival Network sets the agenda. What transpires is a nuts and bolts crash course in the exact reasons single family residential properties are Jason’s preferred form of investing, bar none. Better than the stock market or gold by a long shot, and safer than apartment complexes or commercial properties. If you have an interest in a better understanding of the kind of investing that creates actual wealth for the long term, don’t skip this show.

Kerry Lutz has been a student of Austrian Economics since 1977. While attending Pace University, he stumbled upon an extensive cache of Austrian Economic Literature in a dark, musty, abandoned section of the school’s library. After graduating from The New York Law School, he became an attorney and life-long serial entrepreneur. His diverse career has included: running a legal printing company, practicing commercial law and litigation and founding a successful distressed asset investment company.
In 2010, Kerry gave up most of his other interests to pursue his long held desire of becoming a radio show host. Thus the Financial Survival Network was born. Its mission, much like that of Jason Hartman’s, is helping you to survive and thrive in the New Economy. He has done hundreds of interviews with such financial luminaries as Peter Schiff, Harry S. Dent, Martin Armstrong and Peter Grandich. Kerry now appears on 1230 WBZT, in West Palm Beach, FL, every Sunday from 9am-10pm EST.

In This Episode, Jason Addresses:

Don’t miss Jason’s monologue, which leads off this episode. He discusses the recent merger of eLance and oDesk, the scam of life insurance as an investment,why college no longer makes financial sense, and what Steve Jobs told President Obama about creating more jobs.

The Financial Survival Network
Check out this episode!