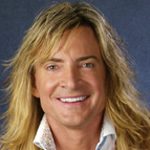 McKinney’s first job earned him $180 a week digging sand traps on Deerfield Beach golf course.  At age 22, he bought his first $50,000 fixer-upper, selling it a few months later for a $7,000 profit.  Now, over 23 years later, he creates real estate markets where others dare to tread.  He has built spec homes (without a buyer) valued in the tens of millions of dollars.  A true maverick, he is without peer in the risky world of speculative high-end real estate, shattering price records with each new project.  And his latest?  McKinney just completed “Acqua Liana,” the world’s largest and most opulent triple certified (USGBC, FGBC & Energy Star) “green” mansion at $29,000,000.  Each of the estate homes he creates is a one-of-a-kind work of art, infused with vivid imagination and designed on a canvas of sun-drenched Atlantic ocean.

Prior to the completion of his new multi-million dollar “green” mansion, he sold, with an asking price of $50 Million, the largest and most expensive spec home ever created, containing 72 rooms, 32,000 square feet, 12 bedrooms, 18 baths, and a 14 car garage.  McKinney has created and sold 36 oceanfront properties with an average selling price over $14 million.

His vision and risk-taking has been the subject of numerous international television, radio and print features.  McKinney was recently featured on ABC’s 20/20 with Martin Bashir, the cover of USA Today, the Oprah Winfrey Show, CBS’ The Early Show, CNN, Discovery Channel, Travel Channel, HDNet, CBN TV, National Public Radio (NPR), in The Wall Street Journal, NY Times, Bloomberg, Fortune, Barrons, Town and Country, Robb Report, The Nightly Business Report (PBS) and in over 1500 additional TV and print stories.  Several areas are covered in this exciting episode ranging from real estate, motivation, marketing and spiritual growth.  Next up – one of Jason’s all-time favorite mentors, Dr. Denis Waitley, on The Psychology of Winning and The Seeds of Greatness.