CW 117: The Housing Boom and Bust in America with Economist Thomas Sowell of The Hoover Institution at Stanford University 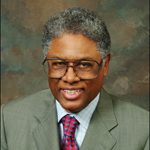 “For far too long, too many people have regarded home ownership as ‘a good thing.’ It is certainly true that home ownership has its benefits. But, like everything else, it also has its costs and its risks.” This statement by Creating Wealth Show guest, American economist Thomas Sowell has been regretfully muttered by many homeowners in various forms over the past two years.

Sowell is currently a senior fellow with The Hoover Institution at Stanford University. In 1990, he won the Francis Boyer Award, presented by the American Enterprise Institute. In 2002 he was awarded the National Humanities Medal for prolific scholarship melding history, economics, and political science. Known for his economically laissez-faire perspective style while writing, Sowell’s latest book, The Housing Boom and Bust, shows how Democrats and Republicans ruined both the housing and financial markets.

Tune in as your host, Jason Hartman and Thomas Sowell discuss how “the current economic crisis grew out of policies based on good intentions and mushy thinking.” Upcoming Shows will feature: Andrew Waite, Publisher of Personal Real Estate Investor Magazine and Dan Blacharski, author of The Part-Time Real Estate Investor: How to Generate Huge Profits While Keeping Your Day Job.

Episode: CW 117: Economist Thomas Sowell of The Hoover Institution at Stanford University Explores the Housing Boom & Bust in the U.S.