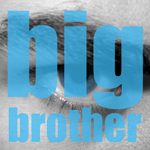 You might grow weary of our repetitive cadence about the economic recovery being a whole lot of hot air generated by politicians and their willing accomplices in the media. Sorry, but we’re going to keep at it until enough people out there pay attention to do something about it. We believe the very survival of our American way of life is at stake. So it was with a hearty, “Here, here!” we noted a recent post at EndTimeInfo.com elucidating 10 coherent reasons that the “recovery” trumpeted in our faces over the past year and a half has been the very definition of a fraud.

Take it away, Endtimers. We couldn’t have said it better ourselves…

1) In 2009, when the media claimed the economic “recovery” had begun, oil prices averaged $54 dollars a barrel. In the 24 months since, the cost has doubled. Americans are paying more and more to fill up at the pump with Goldman Sachs predicting that gas will hit $5 dollars a gallon by summer. This figure was already reached in Washington DC two months ago. Far from representing a “recovery” this is in fact another crippling expense that many Americans people simply cannot afford.

2) The housing market has shown no “recovery” whatsoever. The collapse in US house prices “is now greater than that suffered during the Great Depression.” Prices have plunged by 33 per cent since 2007. Home ownership is at its lowest level for 20 years.

3) The collapse in home ownership has flooded the rental market, leading to massive inflation “pushing up the cost of leases across the nation’s 38 million rented residences,” reports Bloomberg. Far from enjoying a “recovery,” US citizens lucky enough not to be stuck in underwater mortgages are instead paying through the nose for rental inflation that represents a huge chunk of the overall consumer price index.

4) Food price inflation is also savaging Americans who are being browbeaten by the word “recovery” while the cost of their groceries soars to unaffordable levels, forcing them to buy cheap unhealthy GMO crap or simply go hungry. Food prices in the US are climbing at the fastest rate since the 1970′s.

5) While Americans were being told to jump on the “recovery” bandwagon and spend more money to reinvigorate the economy, their median incomes were plummeting. Americans are getting poorer.According to the U.S. Census Bureau, median household income in the United States fell from $51,726 in 2008 to $50,221 in 2009 and has been flat since, even as the cost of living continues to rise.

6) While the Federal Reserve points to GDP growth as evidence of recovery, citing figures of $700 million in growth from 2008-2011, the government had to borrow and spend $5.1 trillion just to attain that level. “The Federal government borrowed and spent $5.1 trillion over the past four years to generate a cumulative $700 billion increase in the nation’s GDP. That means we’ve borrowed and spent $7.28 for every $1 of nominal “growth” in GDP,” writes Charles Hugh Smith.

7) While the establishment media and the government pretends that US unemployment numbers are on the decline, the real unemployment figure stands at over 22 per cent. An even more alarming figure shows that fewer than 46 per cent of Americans actually have jobs, with employment rates in California and Arizona hovering around 37 per cent.

8) Along with almost all paper currencies, the dollar has drastically declined in comparison to commodities like gold and silver since the so-called “recovery” began in 2009. At the bottom of the economic slump in the middle of 2009, the greenback was hovering around the $950 dollar an ounce level – it is now well above $1500 and only soaring higher. A weakening dollar reduces Americans’ buying power and makes them pay more for staple necessities like food and fuel as the cost of living skyrockets..

9) Far from staging a “recovery,” US consumer confidence is now lower than during all the financial crises or tragedies of the last several decades. From the crash of ’87, to Enron, to 9/11, to the collapse of Lehman Brothers in 2008, Americans have never been so pessimistic about the economy.

10) Of course, the only people enjoying a financial “recovery” are the Wall Street bankers and the financial terrorists who pulled the plug on the economy in the first place. Since its 2009 low of 7062, the Dow Jones Industrial Average has gained by almost 6,000 points. This means little to the average American that can barely afford to put food on the table, never mind invest in the stock market.

If the reality of the American economy, as reflected in the facts you just read, doesn’t get you hot under the collar and a little bit scared for the future, you weren’t paying attention. Go back and read it again. This is serious stuff, folks. Our constitution is being subverted and perverted to an alarming extent. If we want to continue to be the lone historical exception to the fact that all great empires eventually collapse upon themselves, it’s time to begin electing men and women to political office with the gumption to change the Washington culture of corruption and self-interest.

There are few legitimate paths by which the average citizen who is not already rich can avoid serious asset value depletion at the hands of runaway inflation. One way is income property investing, which actually thrives in the hands of inflation. We’d like to show you how to connect the dots on the amazing buying opportunity that exists in the sub-prime crisis today.

For too many reason to mention here, we expect about six million new renters to enter the market over the next six years. Douglas Utberg laid out exactly how this is going to work at our Meet the Masters of Income Property Investing gathering back in March. In summary, a flood of new renters is combining with rock bottom house prices in many areas to present the kind of opportunity to enter income property investing the likes of which we may never see again in our lifetimes.

Wretched economic recovery or not, these property deals are real and available right now to those with the foresight to act. Markets like Dallas, Atlanta, Orlando, and Phoenix have been decimated in recent years, but that’s coming to an end. If you can swing the down payment for one of the bargain properties that litter the landscape in these towns and others, there’s a very good chance that you won’t be participating in the next recession because you’ll be flying high as a profitable landlord. If the thought ever crossed your mind that there really must be something to all that real estate investing stuff, you were right.

Please visit the archives of our free Creating Wealth Show podcast to hear host, Jason Hartman, lay it all out for you. Nothing held back. Every bit of golden information free. We’ve succeeded and now we want to help you do the same.