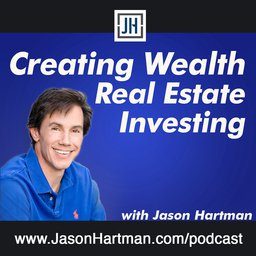 This exciting, politically-charged episode is just in time for the US election! Jason’s guest, Bill Ayers is a retired Professor of Education, a contributor to many prestigious academic journals and an original member of the Weather Underground. Mr. Ayers is the author of several books and his new release, Demand the Impossible! A Radical Manifesto is the topic of today’s conversation. Bill shares the eight major discussion points of his book and elaborates on the action steps he believes the US can take to right itself.

This is Bill Ayers’ second time on the Creating Wealth podcast.

[8:03] Bill Ayers’ new book is a call to Americans to release their imaginations and consider the impossible.

[10:22] The eight issues addressed in Bill Ayers’ Demand the Impossible! A Radical Manifesto.

[11:37]  The money scheme which is privatized prisons. 20% of the prisoners in the world live in the land of the free.

[13:21] What does public safety look like for free people in a democratic society?

[18:59] The US Education system is in desperate need of reform.

[27:45] Democratic and the Republican parties agree on war and Wall Street, but little else.

Demand the Impossible! A Radical Manifesto

“20% of the prisoners in the world live in the land of the free.”