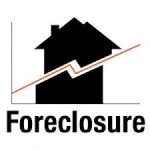 Tracking foreclosure stats and trends can be deceiving due to shadow inventory. Jason Hartman’s guest, Sean O’Toole, founder of Foreclosure Radar, explains the foreclosure rate, the “foreclosure hangover,” the slow increase in home prices, and much more.

Sean and Jason also talk about the price differences and inventory in the California markets, and the fallacy of a “Foreclosure Wave” in the nation, regardless of who is nominated in the Presidential election. Sean defines the judicial and non-judicial markets and all of the distractions that have slowed down our recovery. He defends the MERS system, despite its flaws, because our current system is completely broken.

Prior to launching ForeclosureRadar, Sean successfully purchased and flipped more than 150 residential and commercial foreclosures. Leveraging 15 years in the software industry, Sean used technology as a key competitive advantage to build his successful real estate investment track record. Sean has always thrived in startup environments, and as such, became a key contributor at Xing Technology (acquired by Real Networks), ISI/GlobalCenter (acquired by Global Crossing), and Icarian, Inc.(acquired by Workstream, Inc.).

With his extensive experience in computers, software development, and business processes, Sean moved easily into VP and Director level positions in engineering, product management, sales, marketing and operations. Sean also served as President of the OpenMPEG Consortium, which brought together 32 companies to define industry standards for video on personal computers.