CW 247: Improve Your Negotiating Skills with Stuart Diamond Author of ‘Getting More: How to Negotiate to Achieve Your Goals’ 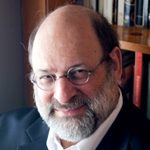 Whether you’re trying to get a raise at your job, solve a relationship problem, or deal with a stubborn child, negotiating is a daily part of our lives, and every human interaction is affected by emotion and logic or rationalization. Jason Hartman interviews Stuart Diamond, the author of “Getting More: How to Negotiate to Achieve Your Goals in the Real World” on improving negotiating skills and interactions with others in order to “get more.” Stuart stresses the importance of making the human connection and finding the pictures in people’s heads, knowing them better in order to better meet their needs, which gives a person a more competitive edge and adds tremendous wealth to any deal.

Emotions play a huge part in all interactions. “Emotions destroy negotiations because they distract people from their goals,” says Stuart. When people get emotional, they stop listening, and it becomes a priority to find out a person’s emotional temperature before proceeding on any deal. Stuart talks about key points in how people should treat one another, stating how people today have a lack of trust in one another and have a tendency to demonize one another rather than using simple solutions to solve conflicts. “Fighting is the last choice; not the first choice,” explains Stuart.

Stuart Diamond has taught and advised on negotiation and cultural diversity to corporate and government leaders in more than 40 countries, including in Eastern Europe, former Soviet Republics, China, Latin America, the Middle East, Canada, South Africa and the United States. He holds an M.B.A. with honors from Wharton Business School, ranked #1 globally by The Financial Times where he is currently a professor from practice. For more than 90% of the semesters over the past 15 years his negotiation course has been the most popular in the school based on the course auction, and he has won multiple teaching awards. He has taught negotiation at Harvard Law School, from which he holds a law degree and is a former Associate Director of the Harvard Negotiation Project. He has directed a negotiation consulting firm in Cambridge, MA.

Mr. Diamond is president of Global Strategy Group, which advises companies and governments on negotiating foreign investment and devising strategies, structures and marketing to compete effectively on an international scale: essentially the skills of planning and persuasion. He advises senior corporate and government officials on building internal coalitions and harmony to be more effective and competitive in an environment of constant change.

He has analyzed competitive and persuasive strategies for organizations as different as Merck, Citibank, General Electric, BASF, Prudential, the Government of Colombia, a $16 billion petrochemical company in China and scientists in Ukraine. He advises U.S. and foreign companies on developing more effective communications and media relations, strategic focus, problem-solving, creative options, and persuading vendors and customers. He is an expert in cross-cultural negotiation and has advised on the subject to executives of some of the world’s leading companies. He has consulted extensively for the United Nations. In a prior career Mr. Diamond, who also holds a B.A. in English from Rutgers University, was a journalist. He wrote extensively, including at Newsday and The New York Times, where he won the Pulitzer Prize as a part of a team investigating the crash of the space shuttle Challenger in 1986.

He covered many major crises including the Bhopal chemical leak in India, the Three Mile Island nuclear accident in Pennsylvania and the Chernobyl nuclear accident in the former Soviet Union. He has written two books, two documentary films and more than 2,000 published articles, dozens on page one of The New York Times. He has appeared on Today and Good Morning America and lectured widely about the problems and prospects of emerging markets, and international business challenges in an environment of change. His new book on negotiation,Getting More, was published by Random House in December 2010, and became a New York Times Bestseller in January 2011.

Mr. Diamond was an executive of a Wall Street energy futures brokerage firm, for which he negotiated a multimillion dollar sale. He has worked at the law firm of Sullivan & Cromwell and the investment bank of Morgan Stanley. He founded or directed entrepreneurial ventures in medical services and wireless technologies. He has advised on environmental regulations, privatization and intellectual property protection in emerging markets from Chile to Kuwait. He advised the President’s office in Bolivia, Colombia and Nicaragua.

He persuaded 3,000 people in the jungles of Bolivia to stop growing illicit coca and to start growing bananas exported to Argentina. He advises a variety of high technology companies and in 2000 played a lead role in putting together a $300 million merger of two high-tech companies that had been on the verge of litigation. He became the first chairman of the merged companies, Summus, Inc., listed on OTC. In 2004 he represented the borrower in completing the largest foreign-sourced commercial financing in the history of Ukraine, a $107.5 million Eurobond issue to finance commercial space ventures. In June, 2005, he became Chairman and CEO of Four Star Aviation of St. Thomas, in which he is a 50% owner.

In 2006 he represented The N.Y Commodities Exchange in the successful negotiation of electronic trading rights with the N.Y. Mercantile Exchange. In 2008, he provided the process that enabled the Writer’s Guild to settle their strike with the studios in Hollywood. Diamond has taught negotiation at the business schools of Columbia, NYU, USC, UCal/Berkeley, and at Oxford and Penn Law School, where he is an Adjunct Professor.

Episode: CW 247: Improve Your Negotiating Skills with Stuart Diamond Author of ‘Getting More: How to Negotiate to Achieve Your Goals’