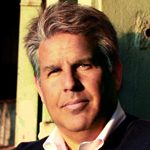 Jason Hartman interviews author, former Wall Street senior banker, and best-selling investigative journalist, William (Bill) D. Cohan on the events that led up to the current economic crisis. Bill explains the choices that the big firms, such as Goldman Sachs, JP Morgan, etc, made regarding what type of institution they were going to be, the path of these firms that led up to the current crisis, and how they used the bailout money gifted to them. He said it was one big party on Wall Street, during which brokers were to bring in revenue using a lot of whacky products, until everything came crashing down. Huge bonuses were paid out from the revenue collected from unsuspecting clients.

Bill and Jason also discuss the Occupy Wall Street Movement. Bill expressed disappointment in the message of the movement, saying it isn’t clear and they need to learn how Wall Street really works so that they can be more effective in bringing about reform. Wall Street has been influencing what goes on in Washington and paying lobbyists and donating to congressional coffers so that they can get the regulations, or lack thereof, that they want, i.e. the Dodd-Frank Wall Street Reform and Consumer Protection Act. Bill talks about how the expansion of Wall Street into Middle Class America was not an accident, using the example of Merrill Lynch being a public company. This ultimately led to broken trust between Wall Street and Main Street, as people have now shied away from risk taking.

To solve the problems, Bill suggests changing the incentive system on Wall Street, in that it can no longer be okay to take huge risks with people’s money or get paid big bonuses whether they lose money for the firms or not, as well as going back to having to use their partner’s capital to operate. William D. Cohan offers audiences a unique, close-up perspective of the greatest financial crisis since the Great Depression. He combines deep knowledge of the investment banking world with the fine storytelling skills of an award-winning investigative journalist.

Bill’s new book is titled Money and Power: How Goldman Sachs Came To Rule The World, a revelatory history of Goldman Sachs. His previous book, House of Cards: A Tale of Hubris and Wretched Excess on Wall Street, lays out in gory detail how the financial crisis began with the collapses of Bear Stearns and Lehman Brothers. The Last Tycoons: The Secret History of Lazard Frères & Co. won the 2007 Financial Times/Goldman Sachs Business Book of the Year Award for its candid revelations about how Wall Street works.

He should know; he spent six years at the firm. Bill Cohan has a long-time insider’s in-depth knowledge of investment banking—he was a Wall Street banker for 17 years. In addition to his years as Associate and then Vice President at Lazard Frères, he was a Director in the Mergers & Acquisitions Group at Merrill Lynch and a Managing Director at JPMorgan Chase. He left JPMorgan to write The Last Tycoons, which appeared on the bestseller lists of The New York Times, The Wall Street Journal and USA Today. It edged out Alan Greenspan’s Age of Turbulence to win the FT/Goldman Sachs award. Bloomberg.com and The Evening Standard named it Book of the Year. William D. Cohan writes regularly for The New York Times, Vanity Fair, Fortune, The Daily Beast, ArtNews, and The Financial Times.

His columns have also appeared in The Washington Post. He is a contributing editor for Bloomberg TV and is a contributor to Bloomberg View. His series of articles on the controversy of the ‘recently discovered’ Degas plaster casts in ARTNews won the Silurians 2011 Excellence in Journalism Award.