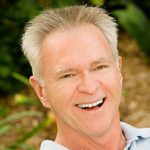 Join Jason Hartman and relationship expert, Gay Hendricks as they discuss relationships in the 21st Century, both personal and business. Gay says that in order to be a successful business person, you have to be a student of relationships, and for those who consult or do therapy or teach, you really need to be open to business.

As Gay teaches, you can never separate personal growth from business growth from financial growth. They are entwined. It starts with making a formal commitment to bringing the ideal relationships into your life. Gay also talks about his work with entrepreneurs, from getting focused on what you love to do and putting creative exhilaration in first place, from which you will figure out how to make what you do produce revenue. In addition, Jason and Gay discuss the definition of integrity, as well as the steps to becoming a person of integrity.

Gay Hendricks, Ph.D., has served for more than 35 years as one of the major contributors to the fields of relationship transformation and body-mind therapies. Along with his wife, Dr. Kathlyn Hendricks, Gay is the co-author of many bestsellers, including Conscious Loving and Five Wishes. He is the author of 33 books, including The Corporate Mystic, Conscious Living and The Big Leap. Dr. Hendricks received his Ph.D. in counseling psychology from Stanford in 1974. After a twenty-one-year career as a professor of Counseling Psychology at University Colorado, he and Kathlyn founded The Hendricks Institute, which is based in Ojai, California and offers seminars worldwide. He is President of The Hendricks Institute. In recent years, he has also been active in creating new forms of conscious entertainment. In 2003, along with movie producer Stephen Simon, Dr. Hendricks founded The Spiritual Cinema Circle, which distributes inspirational movies to subscribers in 70+ countries around the world, www.SpiritualCinemaCircle.com. He has appeared on more than 500 radio and television shows, including OPRAH, CNN, CNBC, 48 HOURS and others.