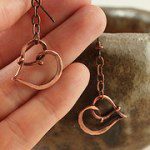 Here’s what one investor has to say about the recent rise of copper investing:

“You can’t have a bubble when the media have only begun to pay attention to commodities in recent months after years of disinterest. We’re now only in the early part of a long-term commodity price boom that has years to run and will likely see dozens of raw material prices make new highs. Even crude oil and copper have a long way to go, even though they recently set price records.”
– Jim Rogers, Barron’s

Interesting. It seems that, in this man’s opinion anyway, copper prices have been mirroring that of gold, and we all are aware of what gold has been doing lately. Time for investors everywhere to sink all their assets into precious metals with gold and copper investing, right? Finished, done, slam dunk. Except that’s not quite all she wrote.

What Mr. Rogers says is true – but he didn’t go far enough with his comments. There’s one method of investing that still receives short shrift from the media despite holding the mantle as history’s best investment. We’re talking about income properties. For those new to the idea, real estate investment is one in which you buy a single or multi-family residential building with the express purpose of renting it out.

For years we’ve been documenting this idea and publishing a long line of potential properties to our free network, Platinum Properties Investor Network. The mainstream financial media will probably continue to ignore the profit possibilities in real estate, as it has done so ably in the past, which doesn’t hurt our feelings too much – let the Wall Street hucksters keep drinking the Kool-Aid while smart investors bypass the recent hullabaloo about precious metals and put their money somewhere that stands a good chance of slowly and steadily building the kind of financial security to can change your life.

The website The Daily Reckoning claims that copper is the perfect investment. Why on earth would they say a thing like that? We’ll let them speak for themselves:

The reddish metal is one of the most useful on Earth. It is a very efficient conductor of electricity. It is flexible and strong and it doesn’t corrode easily. It is used for heating, air conditioning, plumbing, roofing, adapters, computers, cars, mobile phones, wiring, electrical leads, transformers, motors and lighting units.

In short, copper is used in nearly every major industry of the world: transportation, engineering, machinery and equipment, electrical, building, automotive and computer.

Thanks to significant demand worldwide, the base metal has outpaced all of its higher-profile precious peers by a significant margin over the last five years. Spot copper prices are up 393% from their lows in 2001. Meanwhile, gold is up only 151%, silver is up 188%, platinum is up 202% and palladium is up 122%.

From all these numbers we can glean the information that, while copper might be an even better invest than gold, and gold is certainly better than stocks, the real estate approach espoused by Jason Hartman through his Complete Solution for Real Estate Investors training trumps them all. At this point, the urge might be to float a bunch of numbers and endless string of testimonials in front of you, but we’re going to do something different and talk to you about the Big Picture of an income property strategy.

Consider this: Where else can you borrow the money to pay for your investment, earn money on the asset from renting it out for a few decades while someone else pays the mortgage, then gain a free and clear title to the asset once the loan is gone? We’re going to creep out on a limb and say nowhere else in this investing universe, but that is exactly how our income property approach has been designed to work.

We know, it still sounds crazy to us too, even after all these years.

While you can’t be expected to internalize the intricacies of income property investing all at once, you’re liable to find it less complex than you might imagine. Best of all, Jason’s lessons are freely available for anyone at the website JasonHartman.com. The Creating Wealth Show is a podcast hosted by Jason which recently passed 200 episodes and just keeps rising in global popularity as more and more people get skittish of old-fashioned stock and bond investing.

Even the most dedicated Wall Street zombie has to be getting a bit nervous at the state of the economy, especially in the face of a dollar poised to keep inflating and perhaps eventually be yanked as the world’s reserve currency. Don’t laugh! It could happen, and China is chomping at the bit to offer a solid yuan as an alternative.

It might be true that copper investing is better than stocks – but it can’t hold a candle to our style of real estate.