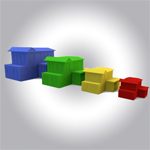 Despite the current administration’s constant hyperactive dog-and-pony show, we at The Creating Wealth Show think they protesteth just a bit too much. If the economy is turning around, why are home prices still flat on the ground and getting kicked in the teeth? If you listen only to President Obama, one might draw the conclusion that the Great Recession of the past few years is a distant memory and we now have a chicken in every pot and a car in every garage, to quote the great political acumen of Herbert Hoover.

But do we? If so, soaring unemployment and dropping home prices must be a mirage? Not to go out out on a limb here but maybe it’s because the president knows exactly what he’s saying and it’s all lies. Just off the top of our collective head, we can think of four very real factors that are keeping home prices down, thus contributing to the limp-along economy. And now experts believe the global economy is moving into recession as well. The straight story is that nothing will change until the housing market recovers in large sections of the country.

1. Foreclosures
Every bubble is followed by a precipitous drop in price when it pops. Such was the case in 2006 as the housing market began a steep decline in many regions around the United States. Though everyone anticipated that the bubble would burst at some point, few expected it to be on the pinpoint of the American Dream, and carried out via the mechanism of millions of home foreclosures; home foreclosures caused by a double-dose of bad government policy and irresponsible buyers.

When you buy too much house for your income, the eventual result is personal financial implosion, and that’s exactly what happened to far too many of your fellow Americans. Maybe you’re one of them. Did they make bad choices? Some did, and are suffering now for it. But also intrinsic to the foreclosure explosion was a national government that encouraged banks to make loans to people who would not normally qualify. Good old Aunt Fannie and Uncle Freddie were standing by to pay the bill until the problem of delinquent mortgages got so big that it threatened to topple the entire economy. DID topple the entire economy, and it’s not done yet. Too many foreclosures are still for sale. Too many people afraid or unable to buy. Too many American Dreams yet to be ground underfoot.

2. Unsold Homes
What do contractors do when nobody is buying houses? They stop building them, which brings the housing market to a grinding halt. As a major component of the overall United States economy, no real recovery can take place until housing gets headed in the right direction. That means builders building and buyers buying. Right now, no construction company with a brain is going to put resources and money at risk by cranking out a bunch of new homes that no one stands ready to buy. They’ve adopted a bunker mentality, hunkering down and waiting for the worst to pass, hoping their business can remain solvent until the American public overcomes an unwillingness and inability to buy.

The current refugees from the foreclosure mess are headed for the rental market, which seems to be doing quite well for the moment, with rental rates expected to increase as much as 25% in the next three years, due to increased demand. But for now, home buying is at a standstill, with builders and buyers faced off against one another on Main Street at high noon. Someone has to blink. Eventually.

3. Reluctance to Buy
Even with home prices sagging back to 2002 levels, Joe Q. Public is afraid to buy a house right now, and who can blame him? Maybe he still has a job, but how long will it last? Maybe he’s one of the reported nine plus percent of Americans actively looking for work. That number swells to almost 20% if you look at the reality of the situation and toss out the manufactured government numbers. When the administration admits to nine percent unemployment, you know the actual number is higher. Much higher. As an example, the government figure does not include those who have given up and stopped looking for work. And it does include temporary workers like census takers who will be let go soon.

The point is that buyers are nowhere near feeling secure enough in their personal finances to begin seriously considering buying a house. Like the construction industry, they’re are hunkered in a bunker of their own, too focused on having a job tomorrow, paying bills, and keeping food on the table to worry about luxuries like owning a home.

4. Inability to Buy
Along with a reluctance to extend themselves financially in order to buy a house, the cold truth is that many Americans simply cannot meet the new lending industry guidelines required of new buyers. It wasn’t so long ago you could become the proud owner of a new house with only five percent down payment. And all you had to do was say you had a good enough job to cover the monthly payment. Since lenders were being prodded by the government to loan money practically to anyone and everyone, if you had a pulse and could sign your name, congratulations, you just bought a house,

Thankfully, much has changed in a short time, at least for the long term health of the financial industry. Today’s buyer can expect to be required to put down 20% to 25% of a new house purchase. Interest rates are still great but a chunk of change that size is out of the range of most people right now. House prices are incredibly low but few can qualify for loans. So they rent. And wait. And hope something will change soon.

The Good News
The good news is that if you are in the position to lay your hands on the cash necessary to make the down payment, prices have rolled back almost a decade in price, making it a premium time for real estate investors to jump in and land some really great deals. And we mean REALLY great deals. Markets like Phoenix, Atlanta, Orlando, Indianapolis, and Dallas, are literally overflowing with incredible property buys for residential property income investors.

If you never considered becoming a landlord before, now is a good time to start pondering the possibility. With the stock market approximating the course of the average ping pong ball, fueled by the alternating panic and euphoria of speculator frenzy, there are precious few opportunities to create a comfortable financial future for yourself and family. Property investing is one such way; the best we have found.

If you’re unsure of how to get started and the whole thing seems too complicated, we’d like to offer a single suggestion. Visit Jason Hartman’s website and begin listening to The Creating Wealth Show. This series of free podcasts now numbers over 200 and is packed full of the kind of information you need to become a savvy land investor in a short period of time. Listen online or download to play on the MP3 player of your choice at a later time.