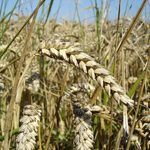 On this show we’ll hear from Paul Harvey, Jim Rogers, Ron Paul, and truth-challenged Ben Bernanke about commodities investing and the virtues of trading fake dollars for real assets.

[1:30] American real estate is one of the best deals going, especially given this perfect storm that has developed over the past two years or so with the subprime mortgage meltdown, the rising commodity prices, and the ridiculous increase in inflation here in the U.S. and also globally.

[5:45] Pessimism about the American Dollar.

[8:30] “Let them debase the American dollar. Overall, it is not great news, but as we play the game properly, we are outsmarting the Federal Reserve and the way the government is spending so ridiculously, irresponsibly because our investments increase in value with these inflationary pressures.”

[18:30] The dollar is at all-time lows now, but this is 2007, so that means in at least 100 years, the dollar’s now making new lows, which is a shame because we were the world’s reserve currency, we were the richest, most powerful country in the world, and it’s not going to be good. It’s driving commodity prices up; it’s driving up interest rates, as you know. Long-term interest rates have not come down despite all this, and what happened is as commodities go higher, inflation goes higher, imported goods go higher, inflation will get worse and ultimately, long-term interest rates will go higher, too.

[25:30] How in the world can we expect to solve the problems of inflation, that is, the increase in the supply of money, with more inflation?

[28:00] Inflation is everywhere and the devaluation of the dollar is hurting the elderly the most because they tend to be the savers. They did the right thing all their life. They were told save money, save for retirement, yet they have been burned through the policies of the Federal Reserve.

[33:00] Hedonics is where they say that the product you’re buying, that the consumer is buying, produces an equal or greater amount of pleasure if you will than the older products. So the newer product is better because of progress and technology, as it should be. And that newer products should be adjusted for inflation through the hedonics index.

[42:00] don’t wait to buy real estate. Buy real estate and then wait. And you know what? But you’ve gotta buy a special kind of real estate, financed a special way, in the right markets, at the right time, based on our methodology.